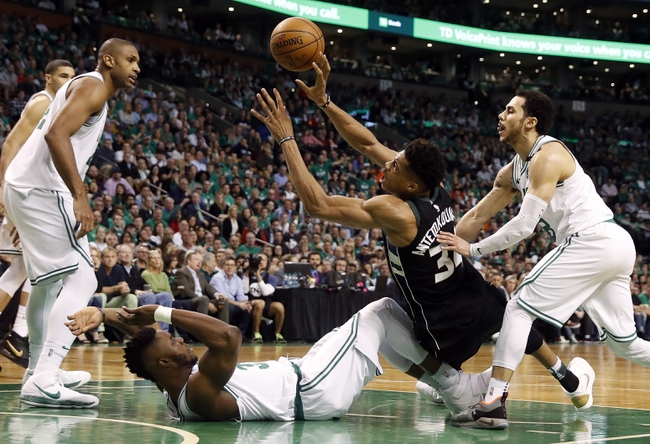 The Boston Celtics and Milwaukee Bucks meet Thursday in game six of the first round of the NBA playoffs at the BMO Harris Bradley Center.

The home team has won every game this series and pretty much controlled each game as well from start to finish. And despite a loss in game five, the Milwaukee Bucks have to feel good about themselves considering they lost by five points while shooting just 36.8 percent from the field and 27.3 percent from three. Everybody on the Bucks can play better than what they did, and they usually do on their home court. The Celtics have been bullied in both games in Milwaukee and don't get the same play out of their role players that they usually do in Boston, as the younger guys thrive off the home crowd. Look for Antetokounmpo and others to takeover and lead the Bucks to a comfortable victory.

There will be a game seven on Saturday.

The pick in this article is the opinion of the writer, not a Sports Chat Place site consensus.
Previous Pick
Utah Jazz vs Golden State Warriors NBA Picks, Odds, Predictions 1/23/21
Next Pick
NBA News