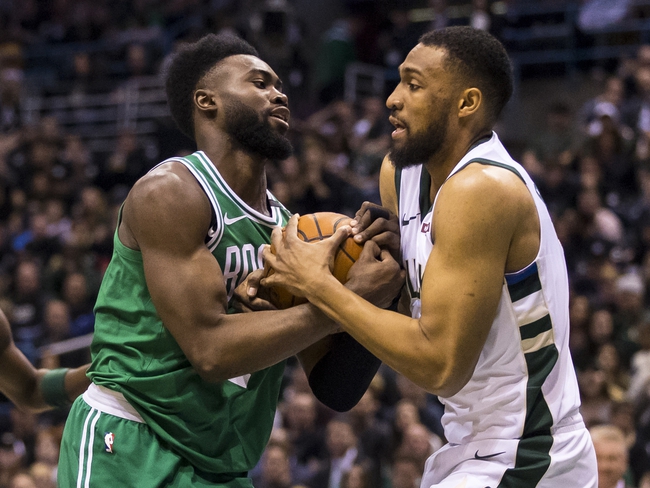 The Milwaukee Bucks and the Boston Celtics duke it out at the Bradley Center in Game 7 of the Eastern Quarterfinals on Thursday.

The Bucks haven’t had the greatest amount of success in recent playoffs as they’ve lost eight straight series but they were able to force a Game 7 with a 97-86 win on Thursday. Giannis Antetokounmpo was more aggressive and led the team with 31 points, 14 rebounds and four assists and he had plenty of support from Khris Middleton and Malcolm Brogdon who combined for 32 points on 12 of 15 shooting. It wasn’t a free-flowing offensive game at all as the Bucks really didn’t get going until the second quarter, but they finished shooting just over 50 percent from the field with only nine turnovers.

Meanwhile, the Celtics were up 3-2 in the series and came out firing in Game 6 to jump out to an early nine-point lead but they struggled against the Bucks’ defense in the second quarter where they managed just 15 points. Jayson Tatum led the team with 22 points, Terry Rozier added 16 points with five assists while Jaylen Brown and Marcus Morris each scored 14 points. Al Horford chipped in with 10 points, 10 rebounds and four assists but as a team, the Celtics shot just 37 percent from the field and 10 of 36 from the three-point line. Rozier was particularly poor as he shot just five of 17 from the field but the Celtics won’t be too disappointed as they were still right there with a chance at the end.

This series had the look of a seven-game series from the start and the home team has won every game to get here. The Bucks really played with the right intensity on the defensive end and they reaped the rewards, especially early in the first half. However, the Celtics were always right in the game and it would’ve been closer had they not been so cold from the field. Rozier had a poor shooting night but I expect him to bounce back at home along with other role players like Horford and Brown. The betting trends are heavily in favor of the Celtics as well, so I’m taking them to advance to the next round.