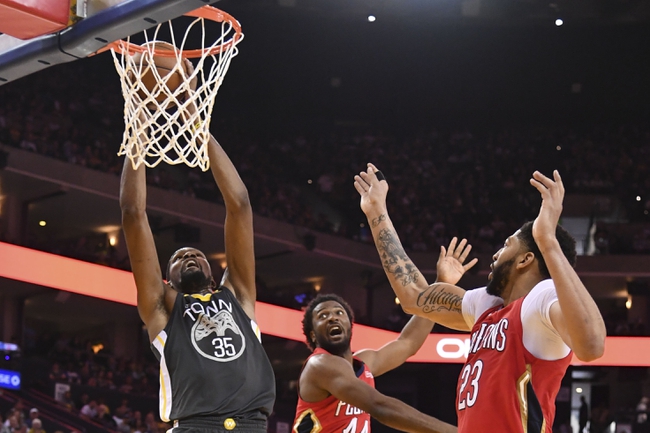 The New Orleans Pelicans and Golden State Warriors meet Saturday in game one of the second round of the NBA playoffs at the Oracle Arena.

Steph Curry is doubtful for this game, so that means the Golden State Warriors will still be shorthanded and a little bit shaky. Despite a quick five-game series against the Spurs, San Antonio was still able to hang around in most of those games, including game five on the road that came down to the final 30 seconds. A red hot New Orleans Pelicans squad that has many guys clicking, not just AD, this is a dangerous series for the Warriors if they can't return to full strength. Not to mention Alvin Gentry was on the Warriors coaching staff, so he knows some of the secrets of this team and I'm sure has some tricks up his sleeve to counter. This is just too many points to lay with a Pelicans squad that's firing on all cylinders.

The pick in this article is the opinion of the writer, not a Sports Chat Place site consensus.
Previous Pick
Boston Celtics vs. Milwaukee Bucks - 4/28/18 NBA Pick, Odds, and Prediction
Next Pick
2018 NBA Playoffs: Position-By-Position Breakdown Of New Orleans Pelicans-Golden State Warriors