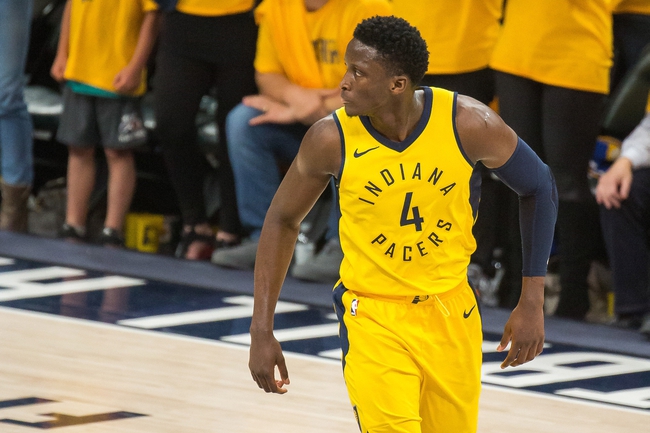 The Indiana Pacers and Cleveland Cavaliers meet Sunday in game seven of the first round of the NBA playoffs at the Quicken Loans Arena.

Home teams usually dominate game sevens, as only 26 road teams have won out of 128 tries, and the home team has won eight of the last 10 games. The Cavs also still have the best player ever, so there's that. However, besides those two things, you can't make a strong case for the Cavaliers to win this game let alone cover a decent spread. The Indiana Pacers have blown out the Cavs in two of the six games, and the other four games have been decided by four or less points. I'm not sure what else the Pacers have to do to prove to oddmakers and betters that they're not going anywhere. The Cleveland Cavaliers can't count on anybody besides LeBron to do much of anything and if Oladipo can repeat his game six performance, it won't matter much. I'm taking the Pacers and the points and would probably sprinkle something on the ML as well.