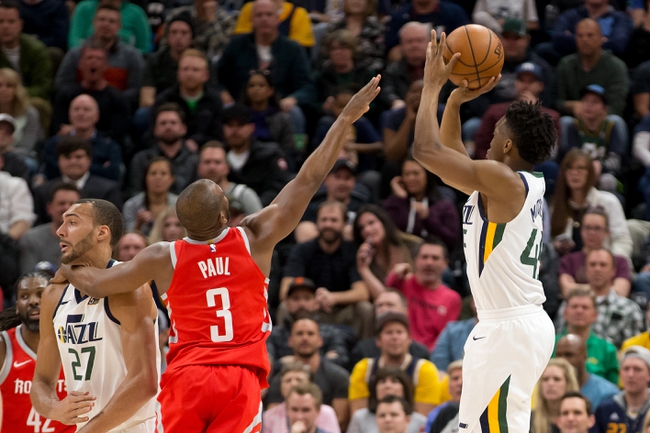 The Utah Jazz and Houston Rockets meet Sunday in game one of the Western Conference playoffs at the Toyota Center.

The Utah Jazz were rocked all four times against the Houston Rockets this season and now begin this series without their starting point guard in Ricky Rubio. Add in the rest factor and the Rockets should be decent sized favorites. However, the Rockets are just 11-18 ATS this season as double-digit favorites and didn't exactly blowout the Timberwolves in their series. A lot of those games were somewhat close and Minnesota was on the right side of the number as well. The Utah Jazz have been a double-digit underdog just twice this season and for a reason. The Jazz find ways to compete with their defense and have guys who can hit the deep ball to keep them in games. I have to side with the points here.

The pick in this article is the opinion of the writer, not a Sports Chat Place site consensus.
Previous Pick
2018 NBA Playoffs: Position-By-Position Breakdown Of New Orleans Pelicans-Golden State Warriors
Next Pick
Cleveland Cavaliers vs. Indiana Pacers - 4/29/18 NBA Pick, Odds, and Prediction