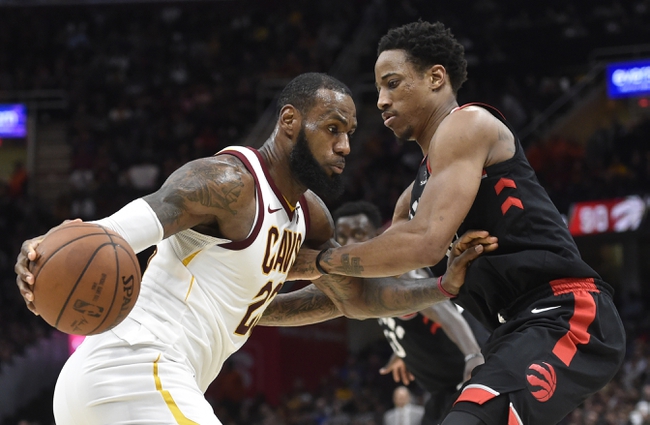 The Cleveland Cavaliers and Toronto Raptors meet Tuesday in game one of the second round of the NBA playoffs at the Air Canada Centre.

The Toronto Raptors have had bad luck against the Cleveland Cavaliers in the past and are even just 1-2 against them this regular season. History suggests taking the Cavs and the points here. However, the Cleveland Cavaliers simply aren't a good basketball team and haven't been pretty much all season. You'd be sitting on Bill Gates money just blindly fading Cleveland, and that didn't change in the playoff series against the Indiana Pacers. The Cavaliers have covered just once in their last eight games and are getting very little out of players not named LeBron. As if you couldn't figure it out before, the fact LeBron needed to play nearly the entire game seven to barely get by the Pacers tells you all you need to know about this team and its supporting cast. The Toronto Raptors have a nasty home crowd and are for once getting production outside of their backcourt. The Raptors are also a solid 7-3-1 ATS in their last 11 games. The Raptors are also 5-0-1 ATS in their last six home games when at least a six-point favorite while the Cavs are 3-9-1 ATS in their last 13 road games as an underdog of at least six points. This is the Raptors chance, and they pounce on it. Toronto rolls.