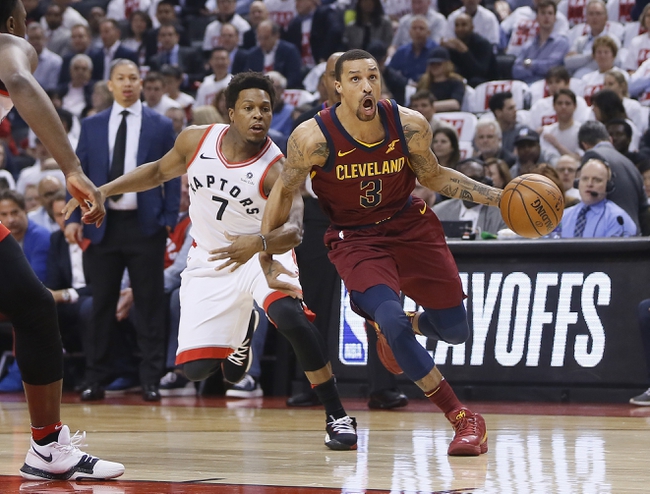 The Cleveland Cavaliers and Toronto Raptors meet Thursday in game two of the second round of the NBA playoffs at the Air Canada Centre.

The Toronto Raptors fooled us yet again. All the talk about DeRozan and Lowry being at their best and the bench being more productive and this being the year the Raptors finally make their playoff push, it was all lies. A championship caliber team doesn't blow a home game when leading much of it by double digits and having a major rest advantage over a Cavs squad that just played seven tough games. The Raptors really are scared of LeBron, as they result to iso ball far too often and their star backcourt often comes up small in the big moments. The Raptors should be fade material for the rest of this series. Now that the rant is out of the way, I'm still backing the Raptors and the reasonable chalk. Despite all the reasons I listed to fade Toronto, it doesn't mean I like the Cavs. The Cleveland Cavaliers are simply not a good basketball team, and while role players showed up in game 1, you can't expect them to repeat such a performance. If, and that's a big if, the Raptors play to their potential, they win this game rather easily. You know, kind of how game one was going until late in the fourth quarter. The best bet here would be to stay away.