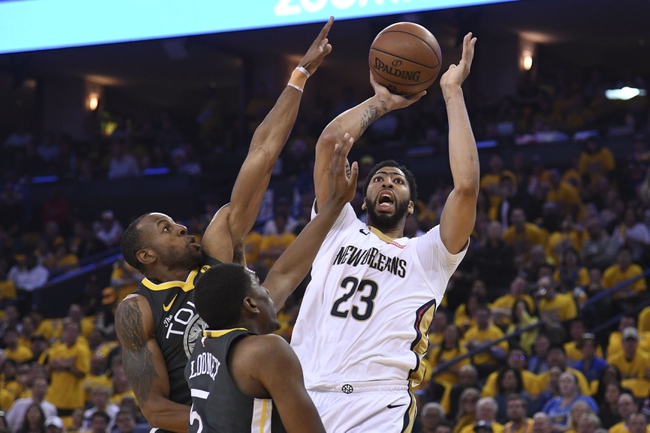 The Golden State Warriors look to take a commanding 3-0 series lead against the New Orleans Pelicans in a pivotal Game 3 at the Smoothie King Center on Friday night.

The Golden State Warriors have lost just one game in these playoffs so far and they will be aiming for a 3-0 series lead after taking down the Pelicans in a 121-116 win in Game 2 on Tuesday. Kevin Durant led the team with 29 points, six rebounds and seven assists, Stephen Curry returned to the court in his first game since March 23 and added 28 points in just 27 minutes off the bench while Draymond Green racked up 20 points with nine rebounds and 12 assists. As a team, the Warriors shot unimpressive figures of 47 percent from the field and 13 of 40 from the three-point line while Klay Thompson shot just four of 20 from the field, but they still managed to stay in control for the majority of the game with their ball movement as they assisted on 36 of their 43 made field goals.

Meanwhile, the New Orleans Pelicans couldn’t do much as they were blown out in Game 1 but they will be feeling like they missed a crucial chance in Game 2. Anthony Davis led the team with 25 points, 15 rebounds, five assists and three blocks, Jrue Holiday added 24 points, eight rebounds and eight assists while Rajon Rondo chipped in with 22 points, 12 assists and five steals. As a team, the Pelicans shot 45 percent from the field and 13 of 37 from the three-point line but they still need to find an answer for Durant who remains a matchup nightmare for them. All five starters finished in double figures but the Pelicans got next to nothing from their reserves and there was a clear disparity in free throws as the Warriors made 22 of 27 from the stripe while the Pelicans made just seven of nine.

The Warriors will be feeling pretty good about themselves after taking care of business at home in the first two games of the series, especially with Curry back healthy. However, while the Pelicans were unable to steal home court, they were close in Game 2 and could’ve pulled off the upset if they just had more scoring from their role players but no one on their bench scored more than five points. With the series now shifting to New Orleans, I expect the Pelicans’ role players to step up and back up Davis who is sure to have a big game at home. It’s always tough to go against the Warriors, but the Pelicans will be the more desperate team and I like their chances of pulling off the upset in this must-win game.