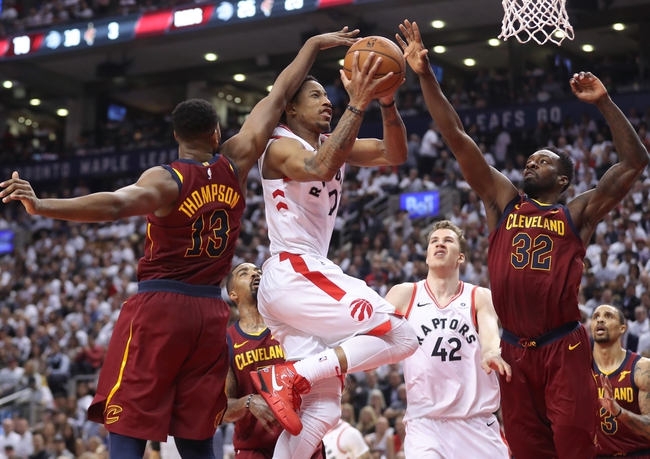 The Toronto Raptors and Cleveland Cavaliers meet Saturday in game three of the second round of the NBA playoffs at the Quicken Loans Arena.

As LeBron was making shot after shot after shot in the Cavs game two victory, you could see the will of the Toronto Raptors breaking. The Raptors just can't find a way to beat the guy, and they play like a completely different team when going against him. And after dropping the first two games of the series at home, you have to think the Raptors confidence is as low as its ever been, as there's not a lot of teams to win a series after dropping the first two at home. You guys know I've been bashing the Cavs all season long and have made a ton just by blindly fading them, but I'm done backing the Raptors in the playoffs. Done. It's the same thing ever year with this group of guys. So, give me the Cavs and the reasonable chalk.