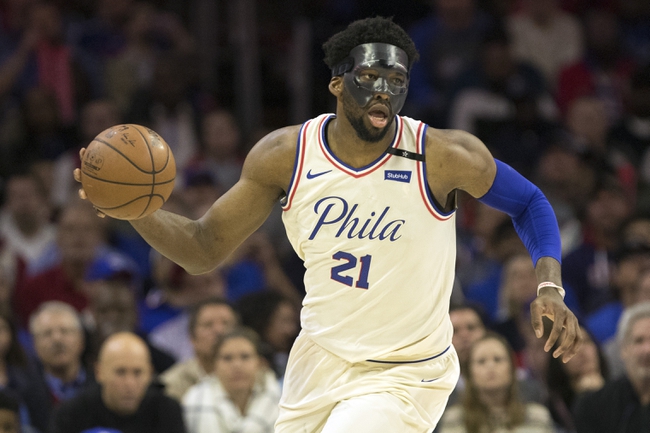 The Boston Celtics and the Philadelphia 76ers duke it out in a pivotal Game 3 at the Wells Fargo Center on Saturday night.

The Boston Celtics will be aiming to take a commanding 3-0 series lead after taking down the 76ers in a hard-fought 108-103 win in Game 2 on Thursday. Jayson Tatum led the team with 21 points on seven of 14 shooting, Terry Rozier added 20 points, seven rebounds and nine assists, Marcus Smart scored 19 points while Al Horford chipped in with 13 points, 12 rebounds and five assists. As a team, the Celtics shot 45 percent from the field and 15 of 36 from the three-point line but they were in deep water early on as they trailed by as many as 22 points in the second quarter. Jaylen Brown sat out the series opener with a hamstring injury but returned to the court to chip in with 13 points off the bench.

Meanwhile, the Philadelphia 76ers were looking to bounce back after losing Game 1 and they certainly looked locked in to start the game. JJ Redick continued his strong form with a team-high 23 points on nine of 17 shooting, Robert Covington added 22 points, Joel Embiid racked up 20 points with 14 rebounds and five assists despite battling foul trouble while Dario Saric chipped in with 14 points. As a team, the 76ers shot 43 percent from the field and 13 of 33 from the three-point line but they will be looking to get more out of Ben Simmons who finished with just one point in an uncharacteristic performance.

The 76ers came out firing on Thursday but still couldn’t get the win as the Celtics pulled off one of the best comebacks ever to stay undefeated at home in these playoffs. While the Celtics will be ecstatic with getting the win, the 76ers still had their chances to steal home-court advantage so they won’t be too disappointed with the result given how poorly Simmons played. This is basically a must-win game for the 76ers who won’t want to go down 3-0 in the series and I like their chances given that they’ve won 23 of their last 25 home games. The Celtics didn’t win any of their three road games in the first round and I think that trend continues as the 76ers bounce back with a big win here.