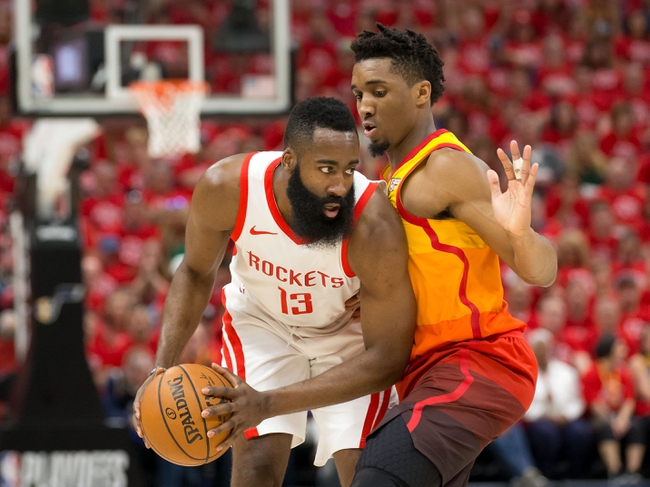 The Utah Jazz look to level the series when they take on the Houston Rockets in Game 4 at the Vivint Smart Home Arena on Sunday.

The Houston Rockets were caught out in Game 2 which cost them home-court advantage but they were able to get it back with a dominant 113-92 win in Game 3 on Friday. James Harden led the team with 25 points and 12 assists, Eric Gordon added 25 points on eight of 13 shooting off the bench, Chris Paul added 15 points with six assists while Clint Capela chipped in with 11 points, eight rebounds, four assists and four blocks. As a team, the Rockets shot 48 percent from the field and 11 of 36 from the three-point line but what was key to the win was the Rockets’ strong start to the game as they jumped all over the Jazz in the first half to lead by 30 points going into halftime. The Rockets were great on the offensive end as they poured in 70 points in the first half but they deserve plenty of credit for how good they were on the defensive end as the Jazz could never really cut loose.

Meanwhile, the Utah Jazz would have been over the moon after their upset win in Game 2, but they were left with egg on their face as the Rockets never gave them a chance on Friday. Royce O’Neal remained in the starting lineup for the injured Ricky Rubio and led the team with 17 points, Alec Burks added 14 points off the bench while Rudy Gobert chipped in with just 12 points and nine rebounds. As a team, the Jazz shot just 41 percent from the field while committing a total of 16 turnovers and they needed a lot more production from Donovan Mitchell who finished with just 10 points on four of 16 shooting. Overall, it was a very disappointing letdown performance from the Jazz who trailed by as many as 37 points at one stage.

The Rockets were eager to atone for their disappointing loss in Game 2 and it showed on Friday as they hit the ground running to put the game out of reach before halftime. It’s now up to the Jazz to bounce back or risk falling behind by 3-1 in the series but it’s hard to see them bouncing back unless Mitchell and Ingles really get hot in this one. The Rockets are 6-1 ATS in the last seven meetings overall and I think that trend continues as they move one step closer to the next round with a big win here.