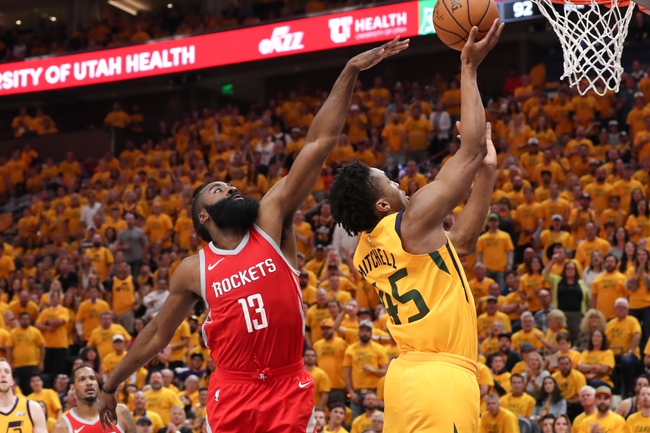 The Utah Jazz and Houston Rockets meet Tuesday in game five of the Western Conference playoffs at the Toyota Center.

The under has become a popular trends between the Jazz and Rockets, but this total seems a little bit low. On the season at home, the Rockets averaged almost 114 points on 46 percent shooting from the field. We have yet to see that real offensive explosion from the Rockets, something you sometimes see in close out games when the crowd gets behind them. The Jazz are shooting a decent 45.3 percent from the field in this series and are actually shooting a better three point pecentage in this series. I don't want to play with the spread here and feel more comfortable in an offensive back and forth where both teams push for 100 points. Give me the over.