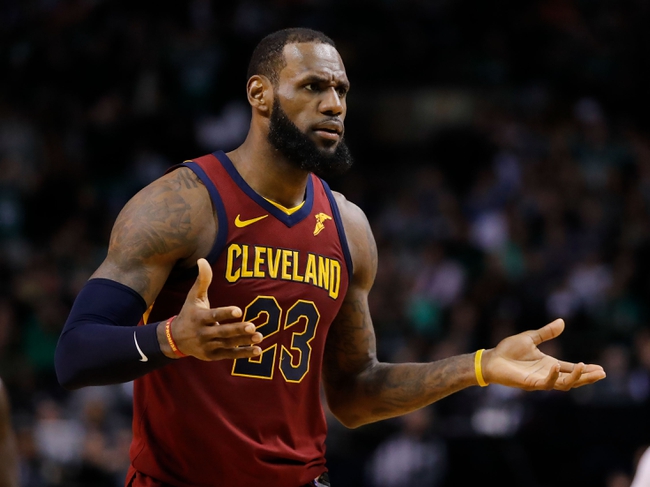 The Boston Celtics and the Cleveland Cavaliers collide in Game 2 of the Eastern Conference Finals at the TD Garden on Tuesday night.

The Cleveland Cavaliers would have been full of confidence after cruising past the Raptors in the second round but they didn’t come ready to play in Game 1 and got punished in a 108-83 loss to the Celtics on Sunday. LeBron James scored just 15 points with nine assists while committing seven turnovers, Kevin Love led the team in scoring with 17 points on five of 14 shooting while Jordan Clarkson and Rodney Hood combined for 21 points but no other players scored more than eight points. As a team, the Cavaliers shot a paltry 36 percent from the field and a miserable four of 26 from the three-point line but this game was out of reach early as the Cavaliers didn’t make a single three in the first half to fall behind by 61-35 going into the break. Things tightened up a bit in the third quarter as the Cavaliers made a push to cut the deficit to 14 but they never truly threatened as the game finished in a blowout.

Meanwhile, the Boston Celtics talked the talk before the series and they certainly delivered in Game 1 as they came out with the right intensity and simply outplayed the Cavaliers in every department. Jaylen Brown looked like a veteran as he led the team with 23 points, Marcus Morris was inserted into the starting lineup and delivered with 21 points and 10 rebounds but the player of the night was probably Al Horford who finished with 20 points and six assists on eight of 10 shooting. As a team, the Celtics shot a healthy 51 percent from the field and they did that with excellent ball movement and player movement. Horford set the tone early with his scoring in the post and the rest of the team followed suit as they finished with 60 points in the paint compared to the Cavaliers’ 38 points.

A lot of people had the Cavaliers rolling into town and stealing home court advantage in the first game, but maybe the long layoff hurt them as they came out lethargic while the Celtics were playing like it was a must-win game. LeBron has been tremendous all season but he really laid an egg in Game 1 as he finished with a shocking plus/minus of -32. As for the Celtics, they looked to have carried on the momentum from their series win over the 76ers and they’re still undefeated at home in these playoffs. The Cavaliers got absolutely ambushed right from the tipoff and you have to point some of the blame at LeBron who looked unrecognizable in this game, but I think he will bounce back with a big performance. However, the Celtics are a dominant 14-2 ATS in their last 16 home games and I think that trend continues in this one.