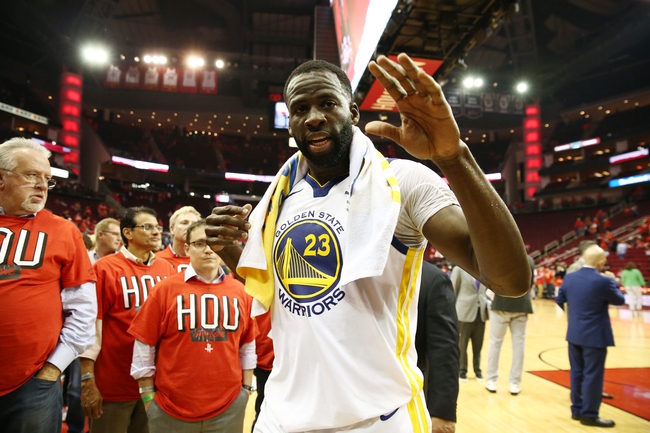 The Golden State Warriors and Houston Rockets meet Wednesday in game two of the NBA Western Conference Finals at the Toyota Center.

I took a chance and predicted that the Houston Rockets would win this series, and while I never panic after one game, I'm not nearly as confident as I was earlier. The Rockets are back to playing ISO basketball despite having two elite ball handlers with high basketball IQs. Why it's one-on-one basketball for 48 minutes makes no sense to me, as the Warriors, a highly skilled defensive team, has an easier task when that's the case. Harden has to work way too hard and make crazy shots to the point he's gassed in the second half. And you're counting on Ariza, PJ Tucker and other guys to make shots while the Warriors are hitting you with four all stars who show up night in and night out. Credit to the oddmakers who don't seem to be budging with these lines, but the value is with the Warriors and the free bucket. I'd love to see the Rockets win, but I can't honestly put my trust in this team and lay the bucket again.