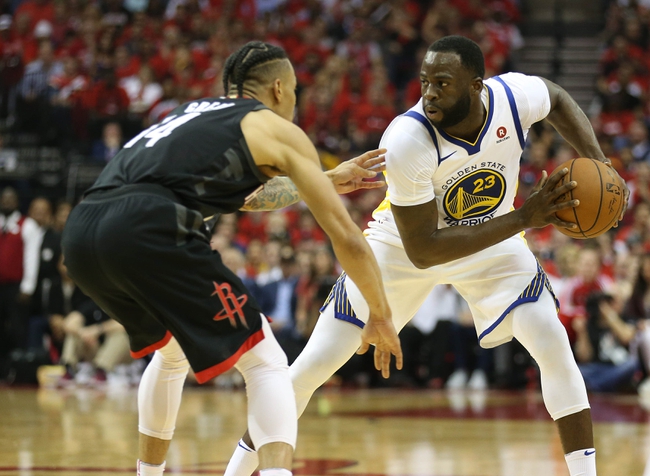 The Houston Rockets and Golden State Warriors meet Sunday in game three of the NBA Western Conference Finals at the Oracle Arena.

This game really comes down to which Houston Rockets we're going to get. Are they going to be the iso team that has the ball in Harden's hands for 95 percent of the game or will they be the team from game two that shares the basketball and gets everybody involved? If it's the latter, the Rockets have a chance to be in this game until the very end, as they're a much tougher team to defend. Expect a better showing from the Warriors, who turned the ball over a ton and usually bounce back after losing a game. The Rockets are 6-3-1 ATS in their last 10 games when an underdog of at least five points. The Warriors have failed to cover four of their last six games when a favorite of at least five points. The Warriors are 4-7 ATS in their last 11 home games as a favorite of at least seven points. I don't love this game at all, but if forced to pick, I'd take a shot with the points. If the Rockets copy their game two gameplan, this should be a back and forth contest with a lot of offense.