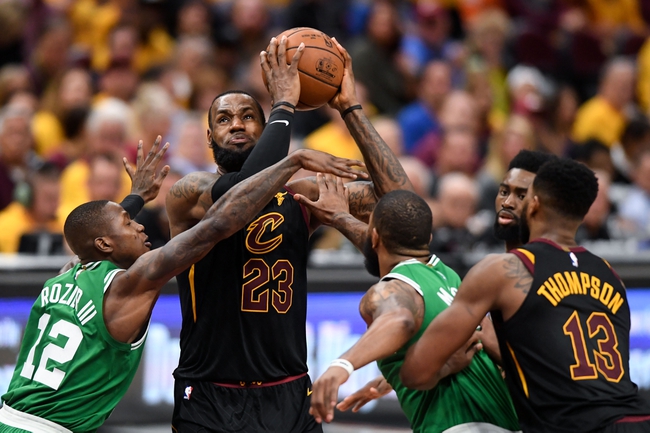 The Cleveland Cavaliers and Boston Celtics meet Wednesday in game five of the NBA Eastern Conference Finals at the TD Garden.

The Cleveland Cavaliers did what they had to do at home to tie up this series and actually have their role players looking like NBA players again. The problem is we have yet to see the Cavs do that on the road, especially in Boston. On the road these playoffs, the Cavs are averaging just 99.9 points on 44.7 percent shooting compared to 105.4 points on 47.7 percent shooting at home. For the Celtics, they're averaging 110.1 points on 47.1 percent shooting at home these playoffs compared to 94.4 points on 40.8 percent shooting on the road. The Celtics are a lightyears better team at home where they thrive off that nasty home crowd and get after it defensively with much more confidence. You also have to like the Celtics fighting in that fourth quarter and cutting it to seven at the halfway point. It was a loss, but the Celtics have to feel good about the way they finished and the fact that could have been a different game four if they didn't dig a massive hole in the first quarter. I still like the Celtics in this series, and I like them a lot on their home court.