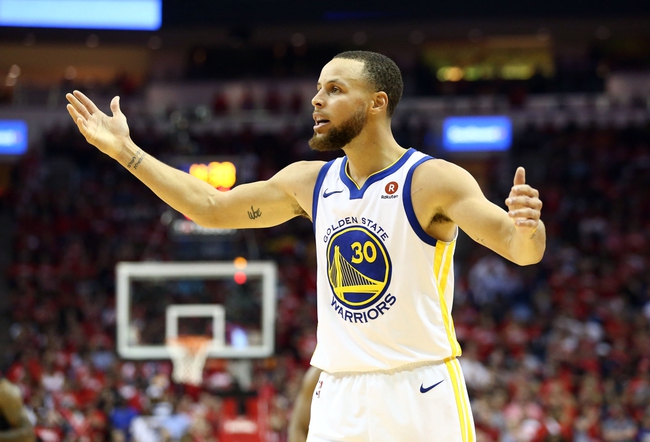 The Houston Rockets and the Golden State Warriors collide in Game 6 of the Western Conference Finals at the Oracle Arena on Saturday night.

The Houston Rockets are now just one win from advancing to the NBA Finals after edging out the Warriors in a critical 98-94 win in Game 5. James Harden had a rough shooting night as he finished with just 19 points in five of 21 shooting, Chris Paul added 20 points with six assists while Eric Gordon led the team in scoring with 24 points off the bench. As a team, the Rockets shot just 37 percent from the field and 13 of 43 from the three-point line but just like in Game 4, they were desperate on the defensive end and they really set the tone by holding the Warriors to just 17 points in the first quarter. However, the win looks like it may have come at a cost as Paul left the game in the final minutes with a right hamstring injury that could keep him out of Game 6.

Meanwhile, the Golden State Warriors will be heading back to the drawing board after missing out on a major chance to reclaim the series lead. Kevin Durant led the team with 29 points but shot just eight of 22 from the field, Klay Thompson added 23 points, Stephen Curry scored 22 points with six assists while Draymond Green racked up 12 points, 15 rebounds and four assists. As a team, the Warriors shot 44 percent from the field and 10 of 26 from the three-point line but they just kept shooting themselves in the foot with 18 turnovers which led to 18 points for the Rockets. Andre Iguodala sat out the game with a knee injury and his status for Game 6 is questionable which means that the Warriors starters may have to play heavy minutes again.

The Rockets faithful would have been very worried after the Warriors blew them out by 41 points in Game 3, but they’ve reeled off two impressive wins on the back of some stellar defense and are now just one win away from an NBA Finals berth. As for the Warriors, they’re suddenly facing elimination but they will be returning home where they had won 16 straight playoff games before their loss in Game 4. The Warriors aren’t playing their best basketball at the moment and the loss of Iguodala can’t be understated, but now their backs are against the wall so I like their chances to bounce back at home against a Rockets team who could be without Paul. I think the Warriors come out strong and force a Game 7, but I think the value is with the Rockets and the points here.