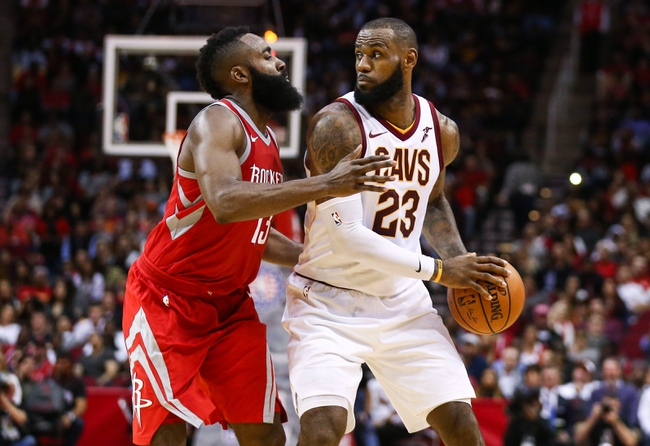 The 2018-19 NBA season is less than two months away from tipping off, so now is the time to do your homework and possibly lock in some future bets. For this article we’ll be looking at NBA MVP options and players you should consider placing a wager on before the season starts. Of course, with future bets, you should always be looking for value and not afraid to take a shot on some dark horses. With your money tied up for months, it’s best to get the most bang for your buck possible.

LeBron James, +335 - LeBron James may be the favorite to win the award, but he still packs value as a chance to make over three times your money. Some argue LeBron deserves to win MVP every year, and he’s finished no worse than fourth in the voting every year since 2007-08. Now, LeBron is in sunny Los Angeles, will be on national television every night, and he’s being asked to carry a subpar Lakers roster. The media will shove LeBron down your throat every chance they get, and the bright lights of his new team will only help his case. If the Lakers can sniff the playoffs in the West, LeBron is your MVP. The odds aren’t juicy like other options, but there’s a great chance you cash this ticket and pad your bankroll for the baseball season.

Kawhi Leonard, +1100 - Kawhi Leonard has finished in the top-three in MVP voting the last two full seasons he’s played. Kawhi also seems ready to give the Toronto Raptors a shot, and he’s playing on a team that is a top-three squad in the East with a legit chance to make the NBA finals. The Raptors will run through Kawhi and that will give him a chance to spread his wings even more while beating up on the East for much of the season. If Kawhi can come close to averaging 30 points and the Raptors win the East again, he’s going to make a strong argument for his first MVP award.

Russell Westbrook, +1400 - The fact you can get Russell Westbrook at these odds considering how much he does for the OKC Thunder is unreal. Westbrook has finished in the top-five in MVP voting each of the last four years, which includes winning the award in 2016-17. Westbrook has played 80 or more games each of the last three years and is a statistic machine. Whether you think its stat padding or not, there’s no doubt Westbrook’s numbers jump off the page most nights and that sways voters. Barring injury, Westbrook is going to be a strong MVP candidate, especially if he can lead the Thunder to a top-four seed in the West. This price is extremely valuable.

James Harden, +550 - James Harden won the MVP last year and many would argue he should have won it the year before as well. Harden has been ridiculous in this system under Mike D'Antoni, which includes averaging 29.7 points, 10 assists, 6.8 rebounds and shooting 44.4 percent from the field the last two years. The Houston Rockets also remain a threat in the West and could be even more explosive if Carmelo Anthony accepts a bench role and can find his shot again. Either way, Harden is one of the best regular season players this generation has ever seen, and he’s a legit threat to repeat as MVP. Getting the Beard at this price is a solid option.

DeMar DeRozan, +8250 - If you’re looking for a serious shot in the dark, DeMar DeRozan is worth a look at these odds. Many are predicting this is the year the Spurs fall off and miss the playoffs. If DeRozan can be the player he was in Toronto and lead this club to the postseason, he makes a case for the MVP. DeRozan finished eighth in last years voting. DeRozan is already one of the best scorers in the league and is now being coached by Gregg Popovich. We could see him tap into that potential even more. With the best coach in the game, more seasoned veterans around him and a team style system, this could be the most efficient season we’ve seen from the four-time all-star. I’m higher on the Spurs than most this season, which includes a good season from DeRozan, so I’ll throw some money his way with these MVP odds.