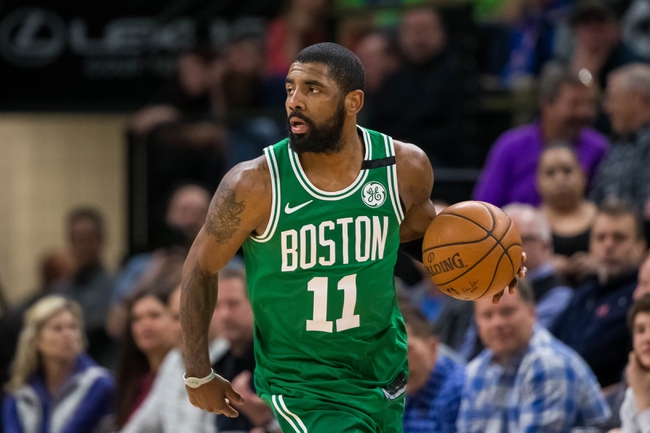 The Boston Celtics were five minutes away from reaching the NBA Finals despite not having two of their top players. The Celtics 55 wins were the most since 2010-11, and with getting Hayward and Kyrie back, Boston has to love its chances to come out of the East this season.

The question now is will the Celtics live up to the hype and reach the NBA Finals for the first time in a decade?

Key Player Losses: When resigning Marcus Smart, the Celtics kept their core intact and didn’t lose any key players by the definition of the word. If you’re looking for a somewhat noteworthy loss, it would be center Greg Monroe, who left for the rival Toronto Raptors. While he didn’t play a ton in the playoffs, Monroe was effective in 26 regular season games off the bench, averaging 10.2 points and 6.3 rebounds while shooting 53 percent from the field. The Celtics lack size and post presence, and even in limited action, Monroe served a purpose and is still a solid player for a cheap price.

Key Player Additions: Does getting Gordon Hayward back from injury count as an addition? He’s only played five minutes in a Celtics uniform.

Draft: Robert Williams was one of my favorite players in the draft class, as he’s listed as a center but has ridiculous athleticism and does show flashes of an outside shot. Williams could see playing time as a rookie and could be another young player who helps this squad reach its goal. As long as Williams stays focused off the court and realizes just how good he can be, the Celtics have a steal in this kid.

O/U Prediction: The Celtics haven’t won 58 or more games since 2008-09, the year the defending champs lost in a seven-game series to the Orlando Magic. The Celtics won 55 games last year without two of their better players for much of the season. Hayward broke his ankle five minutes into the season and Kyrie wasn’t himself for much of the year and missed all of the postseason. Getting those guys back with Jayson Tatum showing the type of player he is, while Jaylen Brown, Marcus Smart and Terry Rozier proved what they can do on the big stage, this is arguably the deepest team in the league. So, we're basically asking if the return of two all stars is worth four more wins. I would think so. I’m extremely high on the Celtics this season and will be neck deep in future bets on this team. From winning the division, over the win total, winning the East and even the NBA title. I want it all when it comes to the shamrocks. The Celtics are in for a hell of a year.