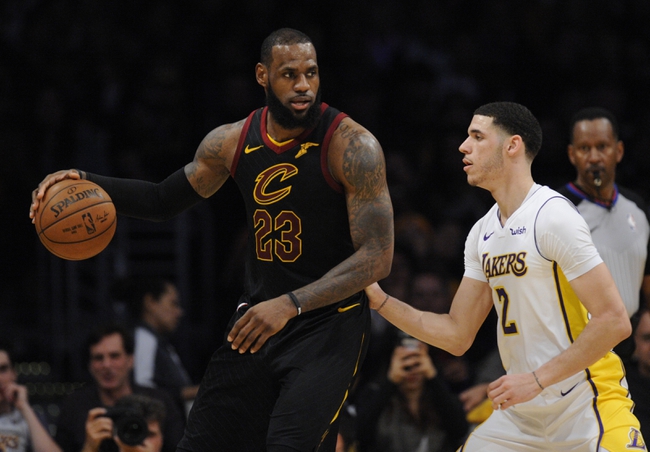 The Los Angeles Lakers haven’t made the playoffs since Call Me Maybe by Carly Rae Jepsen was at the top of the charts and they’ve won 45 or less games each of the last seven years. Now, the Lakers are a popular title pick with bettors and the win total currently sits at 48.5 wins. It’s funny how quickly things can change in Los Angeles.

Key Player Losses: Julius Randle led the Lakers in scoring last season with an average of 16.1 points per game, and he’s gotten better ever year at just 23 years old. Randle is a quality player in this league and seems to be just scratching the surface of his potential. As for this season, losing Randle is huge in terms of trying to make a deep playoff push. The loss of Brook Lopez is also worth mentioning, as he’s still one of the better centers in the league and has become an outside threat the last couple of years. Despite consistent numbers throughout his career, it still feels like Lopez is a bit underrated.

Key Player Additions: Some guy named LeBron James. You may have heard of him. LeBron is the reason the Lakers have gone from having one of the worst odds to win the title to a top-five team in the future market. The guy moves the needle more than anybody in recent memory. The Lakers also added veterans in Rajon Rondo, Lance Stephenson, JaVale McGee and Michael Beasley. None of those guys jump off the page, but they do bring much needed experience to this young roster and will also bring some toughness. Oh, and if this season ends up being a failure, we at least have unique personalities to keep things entertaining.

Draft: Moritz Wagner is a competitive German who has a good post game and a reliable outside shot. At 6’11”, Wagner is the type of player who fits where the NBA is going and could become a key rotation player in due time due to his versatility on the offensive end. Sviatoslav Mykhailiuk shined offensively in the summer league and could be a valuable player his rookie year due to his ability to defend. However, it could be tough finding Mykhailiuk minutes with more polished players ahead of him on the depth chart.

O/U Prediction: Everybody is going crazy because of the addition of LeBron, but they forget the Lakers play in the West. Simply adding LeBron doesn’t have the same impact when there’s 10 teams in the West that finished above a .500 record last year. Asking the Lakers to win at least 49 games this year would have put them third in the West last year with the Portland Trail Blazers. LeBron shines most when there’s shooting around him, and right now there’s little to go around, especially with the top-two point guards. Also, just looking at the conference, it’s hard removing a team from the playoffs and replacing with the Lakers. If anything, the Denver Nuggets are the team in the West that will make the jump from a year ago. I’m not high on these Lakers at all and will have the under win total, along with not making the playoffs.