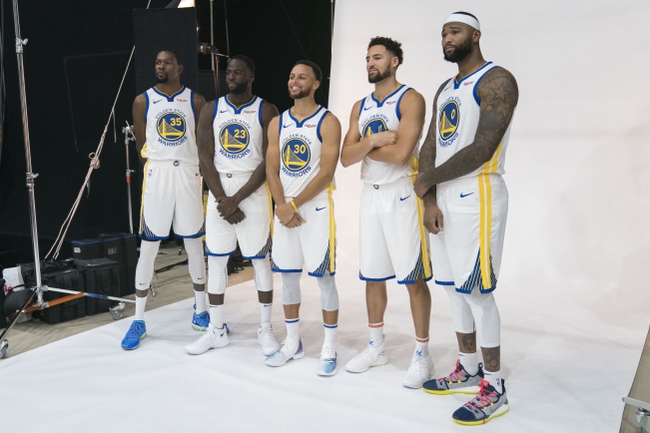 The Minnesota Timberwolves enter the preseason in a weird spot due to Jimmy Butler demanding a trade. The Timberwolves are fielding trade offers for the all-star shooting guard, but the conversations and reports seem to make it look like this is a dysfunctional franchise. Because of this dark could hanging over the team and Butler likely not reporting to camp until he’s on a different team, it’s hard to expect anything positive from the Timberwolves. It’s got to be tough for the players and the coaches to focus, and that’s without mentioning Minnesota being without one of the top talents in the game. As for basketball is concerned, I’m interested in seeing Tyus Jones take a step forward in his career with a new team and Keita Bates-Diop is a player who gets after it on both ends, so he should fit well under head coach Tom Thibodeau. The Minnesota Timberwolves have won six of their last eight preseason games.

The Golden State Warriors are the same loaded team they’ve been in years past and the only goal for the preseason is to make sure everybody remains healthy. The next step would be getting DeMarcus Cousins on the court, as he’s now questionable for the season opener when it looked like he wouldn’t return until after the all-star break. The Warriors return majority of last years championship team, while new additions Jonas Jerebko, Damion Lee and Jacob Evans will look to earn their way into the rotation. There’s no other team that enters the preseason like the Warriors due to the top tier talent and chemistry. As long as there’s no injuries to a key player, the Warriors will consider the preseason and offseason as a whole a success. The Golden State Warriors have won eight of their last 10 preseason games.

I hate to be the chalky guy in the preseason, but there's no way I'm backing the Minnesota Timberwolves in this spot given everything going on with their franchise at the moment. There's no way players or coaches are focused with this constant Jimmy Butler news going on, and the Warriors are deadly at Oracle, regardless of how meaningful the game is. The Golden State Warriors may not play their stars a ton in the first warm up game, but it probably doesn't matter.