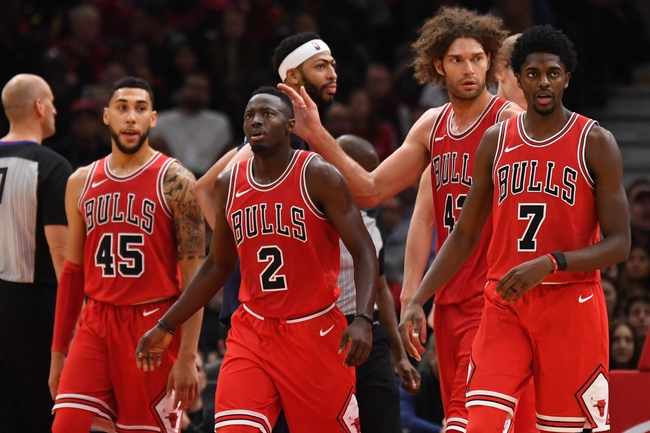 The New Orleans Pelicans hope to build on last seasons playoff appearance and have a promising young player in Julius Randle to go along with Anthony Davis. If Randle can take the next step in his career at almost 24 years old, the Pelicans have an intriguing and explosive starting lineup. However, the preseason should be about getting the Pelicans reserves comfortable with the team, as they have six new bench players, which includes Elfrid Payton, Jahlil Okafor and Jarrett Jack. The Pelicans were 28th in the league last season in bench scoring, so any production they can find with this tweaked roster will be key for their regular season success. Only Minnesota and OKC averaged fewer bench points a game last season. It can’t be another year where AD is doing everything for the team for 40 minutes a night. The New Orleans Pelicans have lost eight of their last nine preseason games. Frank Jackson is questionable with an ankle injury.

The Chicago Bulls enter another year in their rebuild and have 12 of their 16 players under 25 years old. The addition of Jabari Parker does possibly speed up the process for the Bulls, but it’s all about the less experienced players taking that next step in their careers if wins are going to be produced. An elbow injury to future star Lauri Markkanen doesn’t help, but players such as Bobby Portis, Denzel Valentine and even Cameron Payne will be given plenty of chances to thrive on a team with oodles of open playing time. Of course, eyes will also be on rookie Wendell Carter Jr., who is a quality athlete with a proven jumper and above-average rebounding ability. The Bulls preseason isn’t much different from their regular season, as it’s all about finding out who can play and will be worth keeping around when this team is ready to start winning. The Chicago Bulls have lost five of their last eight preseason games.

The New Orleans Pelicans are obviously the better team, but it's the Chicago Bulls that have more youth and open playing time to players who step up in these meaningless games. It's usually wise to back teams that don't have set rosters, as the competition often results in some of the better preseason teams. There's plenty of young players on the Bulls who will be eager to make some noise in hopes of getting some play in the regular season. Also, I'm not trying to lay chalk with the Pelicans, one of the worst preseason teams over the last two years. I'll take my free bucket if forced to pick.