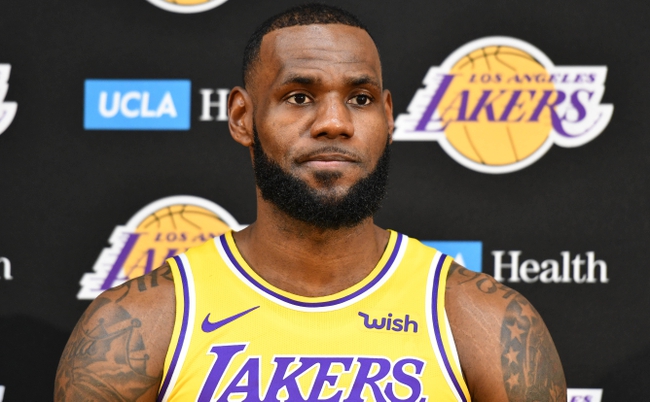 The Denver Nuggets are hoping they can finally make that playoff push with much of last years roster returning, and it starts with developing good habits in the preseason. We know the Nuggets have established players in their starting lineup, but seeing young reserves such as Malik Beasley, Juancho Hernangomez and Monte' Morris take that next step will be key for the overall depth of this franchise. The addition of Isaiah Thomas could also be massive if he comes anywhere close to the player he was with the Boston Celtics. If Thomas is healthy and regained his jumper, that one-year signing could be as big as any offseason move in the entire league. The Nuggets haven’t made the playoffs since the George Karl days, so there’s reasons for motivation with this young squad. The Denver Nuggets have won five of their last eight preseason games. Nikola Jokic is questionable with a finger injury.

The Los Angeles Lakers have won no more than 35 games each of the last five years and coach Luke Walton has a carer 37.2 winning percentage. But nobody is thinking about that any longer with the addition of LeBron James, the best player in the world, and the guy who single handedly has made the Lakers a popular future bet with causal bettors. LeBron obviously changes the outlook of this Lakers franchise, but the ultimate success will come down to how much Lonzo Ball, Kyle Kuzma, Josh Hart and Brandon Ingram improve. As we saw in Cleveland, even LeBron can only carry a team so much, and the youth of this squad is somewhat concerning year one. There’s also not a ton of shooting on this Lakers squad, which is also an issue considering LeBron has been most effective when surrounded by guys who can light it up from the outside. The Los Angeles Lakers have lost 10 of their last 13 preseason games. Moritz Wagner is questionable with a knee injury.

The Denver Nuggets are probably a team you should be looking to back in the preseason based on their combination of talent and youth, but the chalk is reasonable enough here to back the Lakers. No, I'm not high on the Lakers at all this season and actually don't have them making the playoffs this season. However, the excitement and energy in the building when LeBron and this revamped squad takes the court will provide an electric atmosphere and is sure to lead to some impressive runs the Nuggets won't be able to match. The Nuggets also lose value with Nikola Jokic likely out with a finger injury. I'll eat the reasonable number with the Lakers.