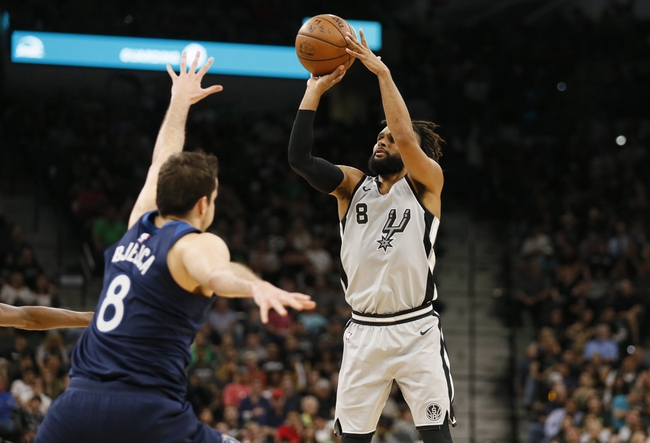 The Miami Heat open their NBA preseason schedule with the San Antonio Spurs on Saturday.

The Miami Heat sat atop the Southeast Division with a 44-38 record a season ago. Miami rode their 4th ranked defense in outscoring opponents 103.4-102.9 and the defensive end of the floor has to remain stout with the roster changing very little.

Goran Dragic is the best Heat’s best player bringing back team highs of 17.3 points and 4.8 assists. Miami is a score by committee squad where nine players averaged double figures in the scoring column. Center Hassan Whiteside led the Miami big men with 14 points and 11.4 rebounds while hitting shots at 54%. Dwayne Wade is retiring at the end of the season after averaging 12 points a year ago.

The San Antonio Spurs finished 2017-18 at 47-35 which was good for third in the Southwest. San Antonio was the best defensive team in the land, allowing just 99.8 points which made 102.7 points scored a solid number.

The Spurs lose Kawhi Leonard, Manu Ginobilli and Tony Parker but Leonard played in just nine games a year ago and Ginobilli and Parker are well past their prime. LaMarcus Aldridge brings back team highs of 23.1 points and 8.5 five rebounds and he’ll team with DeMar DeRozen who comes over from Toronto in the Leonard trade. The question is whether Gregg Popovich can squeeze out enough offense with a defense that will might take a step back.

My thinking here is that it will take a few games to get the Spurs defense gong so something small on the over...