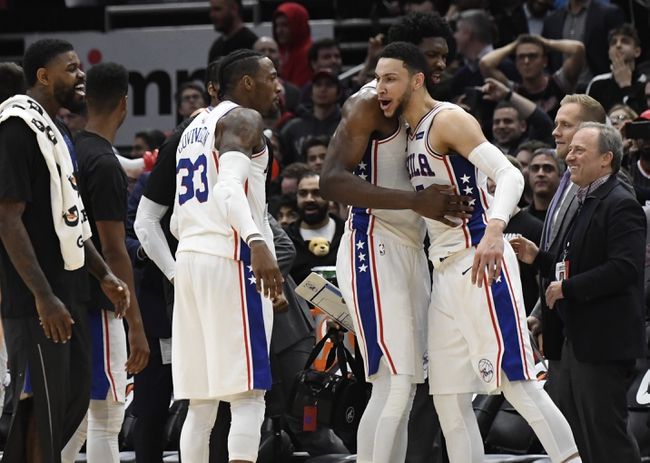 The Philadelphia 76ers host the Orlando Magic to kick off the NBA preseason for both squads.

The Orlando Magic were a non-factor in the Southeast at 25-57 as the team was outscored 108.2-103.4. Orlando obviously struggled at both ends of the floor and need help in all areas with progress likely coming in baby steps if it comes at all.

Guard Evan Fournier was the top scorer for the Magic at 17.8 points and forward Aaron Gordon brings back 17.6 points and 7.9 boards. Nikola Vucevic and his seven foot frame hauled in a team high 9.2 rebounds to go along with 16.5 points while forward Jonathan Simmons averaged 14 points a season ago but is recovering from wrist surgery.

The Philadelphia 76ers disposed of Melbourne United 104-84 in an exhibition matchup to tune up for the preseason. Philadelphia jumped to a 13 point lead in the first quarter and never looked back behind 48.2% marksmanship overall despite a 6-29 effort from long range.

Joel Embid was dominant in the paint with a game high 20 points to go along with ten boards on 7-11 from the floor. Markelle Fultz looked healthy after dropping 14 points on 6-11 shooting. JJ Reddick came off the bench to give Philadelphia 13 points while Dario Saric scored 12 points. Ben Simmons looked in midseason form with eight rebounds and 14 assists as he continues to give Philadelphia a double, double threat.