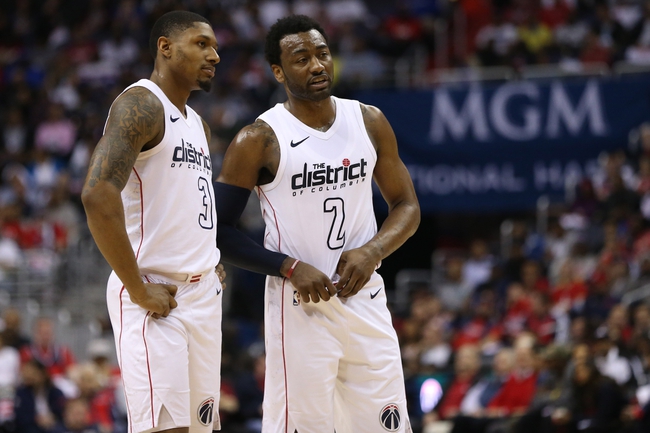 The New York Knicks and Washington Wizards meet Monday in NBA preseason action at the Capital One Arena.

The New York Knicks enter the preseason extremely banged up and with very low expectations as far as the fanbase is concerned. With Kristaps Porzingis sidelined until further notice and four other players dealing with injuries, there’s not a whole lot to be excited about with this Knicks roster. As far as the preseason is concerned, Mario Hezonja should be able to thrive with an expanded role on his new team and watching rookie Kevin Knox provides reason for hope. Noah Vonleh could also be a difference maker for the Knicks with a chance at more playing time. There’s a ton of question marks with the Knicks, and at this point it comes down to finding out who is worth keeping around once this team is ready to win in a year or two. The New York Knicks have lost six of their last eight preseason games. Frank Ntilikina and Courtney Lee are questionable with injuries.

The Washington Wizards enter the year with increased expectations, as they believe they can be a team to take that next step with LeBron James now in the West. The Wizards still have one of the top backcourts in the league with Bradley Beal and John Wall, but the addition of veterans such as Austin Rivers and Jeff Green should help what has always been a shaky bench. Of course, Kelly Oubre Jr. is always a player worth watching, as he still has great upside at 22 years old and should start coming into his own with some years under his belt now. Devin Robinson is also a really good athlete who flashed big potential during the Summer League. The Wizards have the potential to be a fun, interesting team, it’s a matter of staying healthy and finally getting consistent production outside of their two star players. The Washington Wizards have lost seven of their last 12 preseason games. Dwight Howard won’t play this game due to a back injury.

The New York Knicks have so much open playing time with all the injuries and the lack of talent on the roster, it's the type of team that should do well i nthe preseason. I've also written up four preseason games and the underdog has covered all four games. I'm not trying to lay big chalk in these meaningless games, especially with a Wizards squad that can stink up the joint. I'll take a shot with the Knicks and the points.