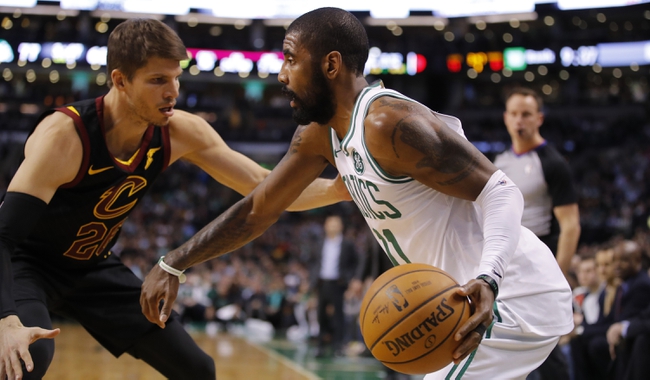 The Cleveland Cavaliers and Boston Celtics meet Tuesday in NBA preseason action at the TD Garden.

The Cleveland Cavaliers enter another era without LeBron James, so this will be an interesting preseason, as it’s going to be key to see how close the team is and any adjustments made from a year ago. Sometimes teams get better with addition by subtraction, but it’s tough seeing it being the case with the Cavs given they just lost the best player in the world. All eyes should obviously be on rookie Collin Sexton, as he has that dog in them that could lead to him being one of the faces of the franchise soon enough. Sam Dekker could also be a difference maker off the bench for the Cavaliers now that he’s healthy and playing on a team with so much available playing time. Everything is on the table for the Cavs this season. The Cleveland Cavaliers have lost eight of their last nine preseason games. Tristan Thompson and JR Smith are questionable with injuries.

The Boston Celtics split their first two preseason games with the Charlotte Hornets in which they averaged 106 points on 39.2 percent shooting. The Celtics allowed 108 points on 42.6 percent shooting. Kyrie Irving leads the Celtics with 14.5 points and 3.5 assists while Jaylen Brown is averaging 12.5 points and 4.5 rebounds. Jayson Tatum is the third double-digit scorer and Marcus Morris is grabbing five rebounds. The Celtics should be looking to improve their field goal percentage and get easier looks offensively, but it’s overall nice to them healthy for once and the flashes of potential they’ve shown through two games. As long as the Celtics are healthy come regular season, they have to be considered the clear frontrunners to win the Eastern Conference. The Boston Celtics have won five of their last six preseason games. Al Horford is questionable with a wrist injury.

The Boston Celtics allowed a lot of shot attempts in their first two games, which is why their two games produced an average of 214 points despite subpar shooting percentages from both sides. Defense isn't a huge deal in preseason games, as guys aren't trying to kill themselves in a game that doesn't mean a whole lot. The Cleveland Cavaliers also aren't exactly the greatest defensive team in the world, even when they had some guy named LeBron. I'll take the over here, as the total seems a tab bit too low.