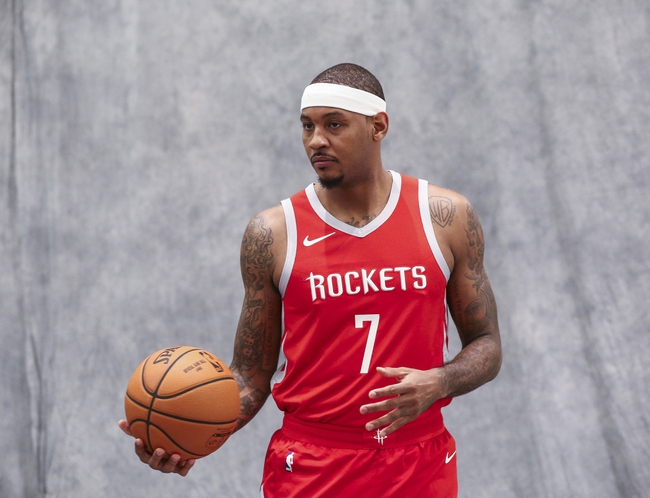 The Memphis Grizzlies and Houston Rockets meet Tuesday in NBA preseason action at the Legacy Arena at BJCC.

The Memphis Grizzlies will enter the season with J.B. Bickerstaff as the full-time head coach and have a new bench they have to work into their rotation. Most eyes will be on rookie Jaren Jackson Jr, but players such as Garrett Temple, Omri Casspi and Shelvin Mack were on different teams last year and have the job of getting comfortable in this new system. It’s going to be nice to see a healthy Mike Conley and the addition of Kyle Anderson is sure to help the starting unit. The Grizzlies made some nice under the radar moves during the offseason and are starting to shy away from their old identity, but it’s going to take some time for evening to come together. The Memphis Grizzlies have won six of their last nine preseason games. Yuta Watanabe and Ivan Rabb are questionable with injuries.

The Houston Rockets are one of the few teams entering the preseason that has very limited questions, as the roster from a year ago is mostly the same and they’re still title contenders. The main goal for the Rockets this preseason is getting Carmelo Anthony in shape and making sure a young player such as Marquese Chriss is comfortable in a new system. Getting any production out of Michael Carter-Williams or Zhou Qi should be considered a bonus. The Rockets are super talented and deep, so this preseason is all about knocking off the rust, staying healthy and entering the regular season with one goal. The Houston Rockets have won nine of their last 12 preseason games. Isaiah Hartenstein, PJ Tucker and Nene Hilario are questionable with injuries.

In all six of my NBA preseason write ups so far, the underdog has covered every game. I'm just not a fan of laying big numbers in a meaningless game where the starters don't even play a ton. The Memphis Grizzlies are also one of those teams you should be looking to back in the preseason, as there's more playing time open, which creates more competition and a team that players harder. I'll take a shot with the points here based on how the underdogs have been a covering machine so far.