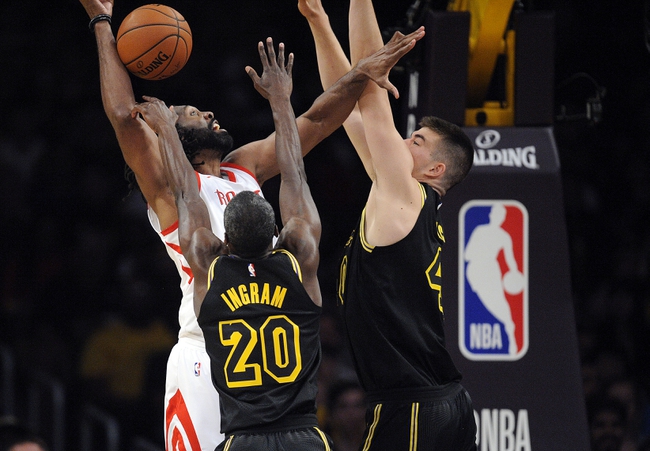 The Sacramento Kings opened the NBA preseason with a 106-102 victory at Phoenix. Sacramento held a 47.6%-44.6% shooting edge and won with a 11-3 advantage from long range that negated their 60% foul shooting.

Yogi Farrell carried the Kings offense as he pumped in a contest high 26 points on 9-14 from the floor including six long balls. Harry Giles and Willy Cauley-Stein gave Sacramento 14 points apiece with 12 and six rebounds while De’Aaron Fox and Frank Mason III netted 12 and eleven points respectively.

The Los Angeles Lakers fell to 0-2 in the preseason following a 113-111 defeat to visiting Denver on Tuesday for their second loss versus the Nuggets. Los Angeles shot the ball well at 51.2% with Denver sinking a few more free throws to get the win.

JaVale McGee topped the Lakers attack with 15 points and eight rebounds and five blocks on 5-8 from the field in 19 minutes while Josh Hart tossed in 14 points on 6-13. LeBron James gave Los Angeles another 13 points on 5-6 from the floor followed Rajon Rondo with eleven points and seven assists on 4-5 shooting.