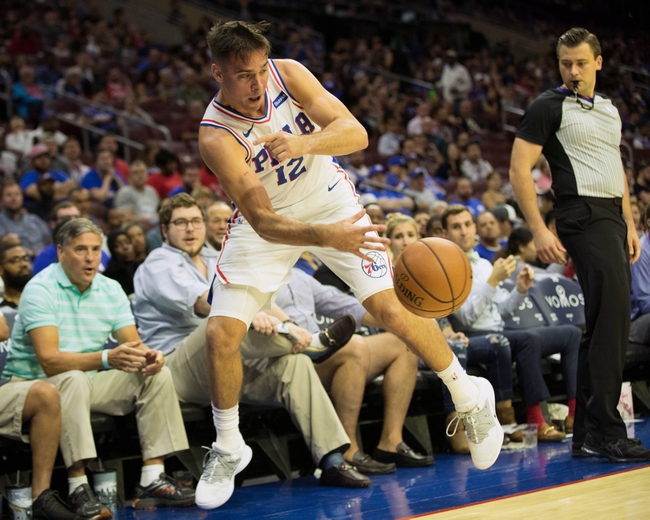 The Philadelphia 76ers ran their preseason record to 2-0 with a 120-114 win against visiting Orlando on Monday. Philadelphia led by 15 points before holding off a late Magic comeback. The 76ers were outshot 49.5%-46.9% but won this at the foul line with a monster 30-14 advantage.

Joel Embid paced the Philadelphia attack with a contest high 21 points and seven boards on 9-15 from the floor while Furkan Korkmaz scored 18 points on 6-8 shooting. The 76ers saw JJ Redick, Markelle Fultz and Landry Shamet toss in 12 points apiece with Fultz logging six pulls. Philadelphia put 15 players on the floor and all but one scored.

The Dallas Mavericks had zero trouble in Saturday’s 116-63 rout of the Beijing Ducks. Dallas led by ten at the half before outscoring the Ducks 64-21 over the final two quarters. The Mavericks sank shots at 52% including a 15-27 performance from beyond the arc.

Luka Doncic and Dennis Smith Jr. topped a dominant Dallas offense with 16 points apiece on a combined 11-17 shooting. Maximillian Kleber gave the Mavericks 15 points and eight rebounds on 5-6 from the floor while four players scored between 8-9 points.