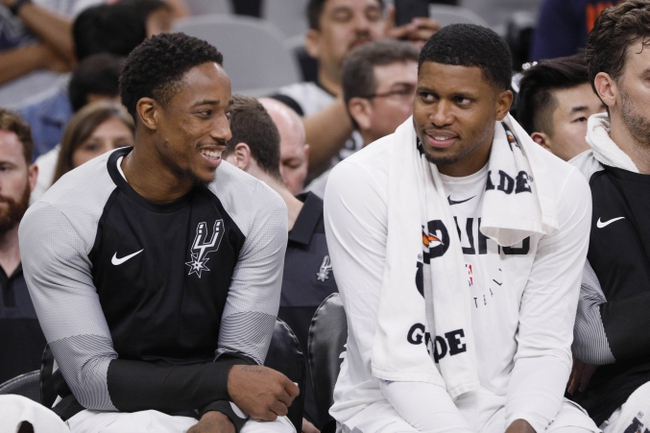 The Detroit Pistons won their first preseason game as an underdog against the Oklahoma City Thunder, 97-91. The Pistons are averaging 97 points on 46.4 percent shooting and allowing 91 points on 36.6 percent shooting. Andre Drummond is averaging 31 points and 16 rebounds while Stanley Johnson is averaging 14 points and three assists. Glenn Robinson III is the third double-digit scorer and Reggie Bullock is grabbing five rebounds. The Pistons were really impressive on the defensive end and got monster play out of their all-star center in nearly 34 minutes of action. While it is just preseason and one game at that, the Pistons dominated the glass and looked to be in regular season form defensively. The Pistons can take a lot of positives from their first game under a new coaching staff, especially considering Blake Griffin didn’t play. The Detroit Pistons have split their last six preseason games. Reggie Jackson is questionable with an ankle injury.

The San Antonio Spurs also won their preseason opener with a 104-100 victory over the Miami Heat. The Spurs are averaging 104 points on 43.5 percent shooting and allowing 100 points on 36.8 percent shooting. Rudy Gay is averaging 13 points and five rebounds while Derrick White is averaging 12 points and two assists. Davis Bertans is the third double-digit scorer and LaMarcus Aldridge is grabbing four rebounds. The Spurs held their own defensively in their season opener and topped 100 points scoring despite DeMar DeRozan taking just six shot attempts with his new team. Preseason or not, the Spurs are who they are, a team that’s going to get the most out of whoever is on the court due to a coaching staff that has everybody prepared at the highest level. The Spurs are always going to compete, regardless of who is playing that night. The San Antonio Spurs have won four of their last five preseason games. Lonnie Walker is questionable with a groin injury.

As I've said in previous articles, the underdog has been very kind in the preseason, so I'm not going to turn down five points here. The Detroit Pistons were highly impressive in their preseason opener and crashed the boards at a high level, giving themselves plenty of second chance baskets. This will likely be a defensive battle and I like to have free points in my back pocket when the game is a slugfest that comes down to the wire.