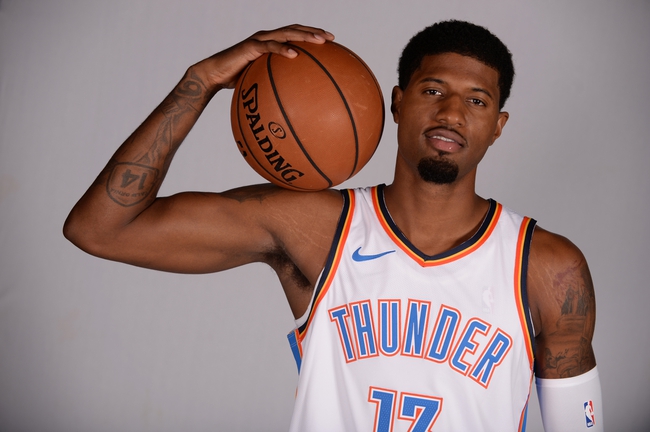 The Atlanta Hawks look to get a game above a .500 record after losing to the Memphis Grizzlies, 110-120. The Hawks are averaging 113 points on 45 percent shooting and allowing 111 points on 41.2 percent shooting. DeAndre' Bembry is averaging 15 points and 2.5 assists while Tyler Dorsey is averaging 14.5 points and 5.5 rebounds. Trae Young is the third double-digit scorer and Alex Poythress is dishing two assists. The Hawks have been rather solid offensively through two games and are currently eighth in assists per game in preseason action. If the Hawks are going to move the ball the way they have and keep getting many quality looks, they could be better than most people expect this season. The Atlanta Hawks have lost four of their last seven preseason games. Daniel Hamilton and Taurean Prince are questionable with injuries.

The Oklahoma City Thunder also look to get above a .500 record after beating the Minnesota Timberwolves, 113-101. The Thunder are averaging 102 points on 41.2 percent shooting and allowing 99 points on 43.5 percent shooting. Paul George is averaging 23 points and five rebounds while Dennis Schroder is averaging 16.5 points and 7.5 assists. Steven Adams is the third double-digit scorer and Raymond Felton is dishing 3.5 assists. The Thunder looked sharp in their last preseason game, but this is a team that still struggles to create offense without Russell Westbrook on the court. The good news is the Thunder have been one of the top rebounding teams in the preseason, as Adams, Nerlens Noel and Patrick Patterson have created a trio nightmare on the glass and that could become a difference maker come regular season play. The Oklahoma City Thunder have won four of their last five preseason games. Abdel Nader is questionable with a knee injury.

I'm not laying big chalk in preseason games, as these games are as close to toss ups as you're going to get given how many players see the court and the fact stars don't play a ton. The Thunder also have had serious issues finding offense whenever Westbrook isn't on the court. The Hawks are young, atheltic and have been solid offensively for whatever it's worth. Give me the points.