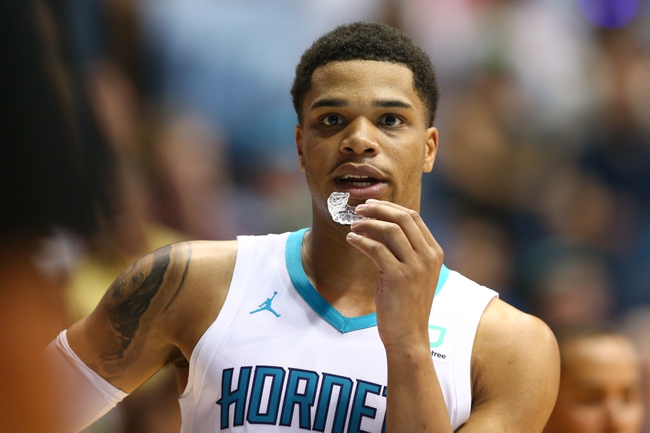 The Chicago Bulls and Charlotte Hornets meet Monday in NBA preseason action at the Spectrum Center.

The Chicago Bulls look to get a game above a .500 record after losing to the Milwaukee Bucks, 116-82. The Bulls are averaging 105 points on 40.8 percent shooting and allowing 116 points on 47.3 percent shooting. Bobby Portis is averaging 19 points and four rebounds while Antonio Blakeney is averaging 14.5 points and 3.5 assists. Zach LaVine is the third double-digit scorer and Kris Dunn is dishing 2.5 assists. While it’s only been two preseason games, the Bulls are 25th in points per game and 30th in points allowed per game. Preseason or regular season, the Bulls seem to be on par with what most expect from them this season. Shooting just 18.6 percent from beyond the arc, it’s safe to say the Bulls have a lot of improving to do. The Chicago Bulls have split their last eight preseason games. Zach LaVine is questionable with a thigh injury.

The Charlotte Hornets look to remain undefeated at home and win their third preseason game overall. The Hornets are averaging 112.7 points on 45.2 percent shooting and allowing 108.3 points on 39.9 percent shooting. Miles Bridges is averaging 15.7 points and 6.7 rebounds while Cody Zeller is averaging 14 points and five rebounds. Kemba Walker is the third double-digit scorer and Willy Hernangomez is grabbing seven rebounds. The Hornets are getting highly productive play out of their rookie Bridges, and that has the potential to be a game changer for Charlotte if he can continue that play. The Hornets have five double-digit scorers not mentioning Kemba or Nicolas Batum, so it’s clear the offense is showing improvement from past years. We’ll see how long that continues. The Charlotte Hornets have split their last eight preseason games. Michael Kidd-Gilchrist is questionable with a concussion.

The Chicago Bulls only have two preseason games under their belt, but it's tough to find what they've done well in those two games as a team. Shooting less than 20 percent from three and giving up 116 points, the Bulls have played like the team we expect to see when the games count. The Charlotte Hornets have been rather decent on the offensive end and have some of their younger players shining in expanded minutes. I'll eat the chalk as more of a fade from the Bulls, who have looked awful.