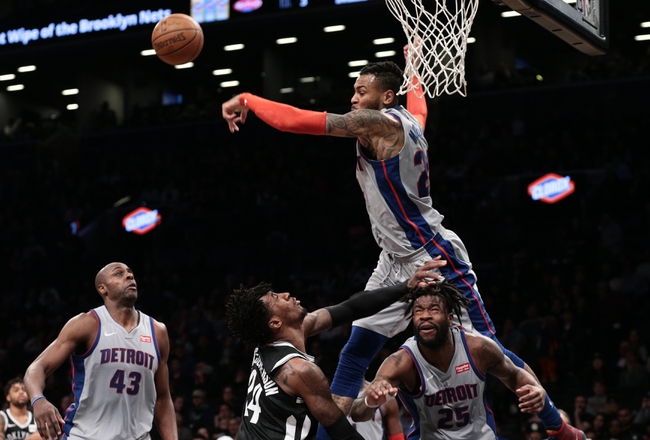 The Line: Detroit --- Over/Under: Click to Get Latest Betting Odds

The Detroit Pistons host the Brooklyn Nets in an NBA preseason bout on Monday.

The Brooklyn Nets dropped their NBA preseason opener 107-102 to the NY Knicks. A 17 point first period set the tone for Brooklyn who couldn’t get their shots to fall with 38.9% shooting overall which was impacted by an 8-41 performance from beyond the arc.

Caris LeVert paced the Nets offense with 15 points on 6-14 from the field followed by Rodions Kurucs tossed in 13 points on 4-6 shooting in 12 minutes off the bench. The tandem of D’Angelo Russell and Treveon Graham each netted eleven points with Graham grabbing eight rebounds while Joe Harris added ten points.

The Detroit Pistons will be gunning for their second win in the preseason after downing Oklahoma City 97-91 in their opener. Detroit shot the ball well enough at 46.4% but  really left their mark defensively with the Thunder held to only 36.6% shooting.

Andre Drummond poured in a contest high 31 points and hauled in a game high 16 rebounds on 14-21 marksmanship to carry the Pistons while Stanley Johnson added 14 points and five yanks. Glenn Robinson III gave Detroit eleven points with the twosome of Zaza Pachulia and Reggie Bullock tossing in ten points apiece.