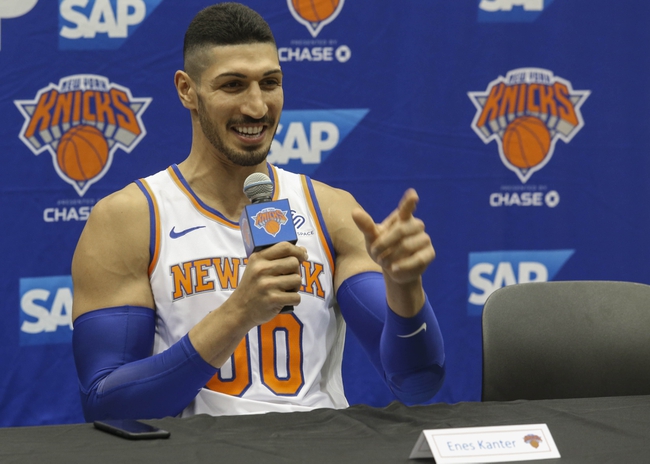 The Washington Wizards head into this preseason game with a 1-1 record after beating the Miami Heat, 121-114. The Wizards are averaging 121 points on 45.9 percent shooting and allowing 119 points on 44.3 percent shooting. Bradley Beal is averaging 15.5 points and two assists while Jordan McRae is averaging 14 points and one rebound. Kelly Oubre Jr. is the third double-digit scorer and Otto Porter Jr. is grabbing 4.5 rebounds. The Wizards are second in the league in preseason points per game and also dead last in points allowed, which includes giving up 42.2 percent shooting from deep. The quick tempo and improved offense has to make the Wizards feel good, but that defensive effort must improve by the time the regular season rolls around. The Washington Wizards have won five of their last seven preseason games. Dwight Howard is questionable with a back injury.

The New York Knicks look for another victory to build on their surprising 3-0 record. The Knicks are averaging 112.3 points on 41.6 percent shooting and allowing 107.7 points on 39.5 percent shooting. Enes Kanter is averaging 16.3 points and 13.3 rebounds while Allonzo Trier is averaging 15 points and one assist. Tim Hardaway Jr. is the third double-digit scorer and Kevin Knox is grabbing eight rebounds. The Knicks have found ways to win all three preseason games despite not shooting the ball well and averaging 20.3 turnovers per game. In fact, the Knicks three victories have come by a combined 14 points, with one of the wins needing overtime. It hasn’t been pretty for the Knicks, but 3-0 is 3-0 at the end of the day, and I’m sure New York will take it. The New York Knicks have split their last 10 preseason games. Mitchell Robinson and Courtney Lee are questionable with injuries.

The Washington Wizards haven't played a lick of defense so far this preseason, so I'm not eager to lay chalk with them on the road. The New York Knicks haven't played sexy and aren't shooting well, but they're getting after it defensively and have found ways to win all three games. At home, I'll take my points with the Knicks.