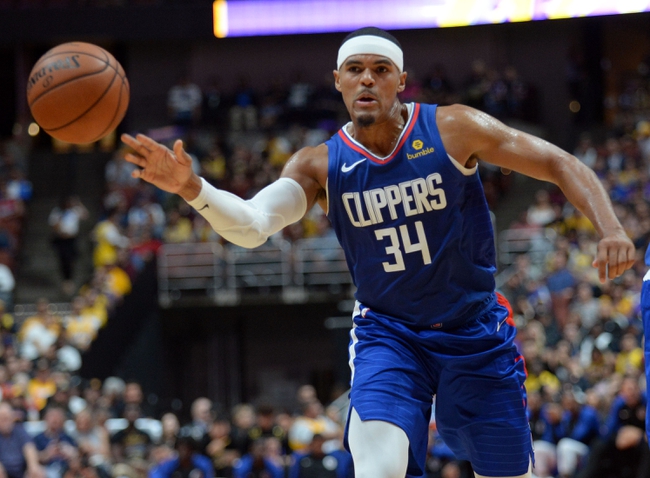 The Denver Nuggets and Los Angeles Clippers meet Tuesday in NBA action at the STAPLES Center.

The Denver Nuggets look for another victory, as they’ve gotten off to a fast 3-0 preseason start. The Nuggets are averaging 111 points on 47.1 percent shooting and allowing 102 points on 44.6 percent shooting. Mason Plumlee is averaging 15 points and six rebounds while Malik Beasley is averaging 13.7 points and 1.3 assists. Gary Harris is the third double-digit scorer and Monte Morris is grabbing 5.7 rebounds. The Nuggets have played well offensively through three games and are seventh in the league in assists per game. While you can certainly take preseason numbers with a grain of salt, the Nuggets are one of the younger teams in the league with three players 30 years old or older. So, any success the Nuggets can get to build confidence is big for the growth of this franchise. The Denver Nuggets have won six of their last eight preseason games.

The Los Angeles Clippers also look to remain undefeated in preseason play with this being their last preseason game against an NBA team. The Clippers are averaging 113.7 points on 47.4 percent shooting and allowing 93 points on 39.4 percent shooting. Danilo Gallinari is averaging 20.5 points and four rebounds while Tobias Harris is averaging 20.3 points and 3.7 assists. Lou Williams is the third double-digit scorer and Montrezl Harrell is grabbing 6.3 rebounds. The Clippers have been one of the most impressive teams throughout the preseason, as their ninth in points per game, 10th in rebounds per game, fifth in assists per game and second in points allowed per game. The Clippers have played all around good basketball, especially on the defensive side, an area that has struggled with this club over the years. It will be interesting to see how long the Clippers can keep this up. The Los Angeles Clippers have won five of their last seven preseason games. Luc Mbah a Moute and Milos Teodosic are questionable with injuries.

Both of these teams have been highly impressive throughout the preseason, but it's the Clippers who have gotten after it defensively and are at home. So, in a toss-up game, I want to home team and the team that's shown a surprising ability to get stops. I'll side with the Clippers in this game.