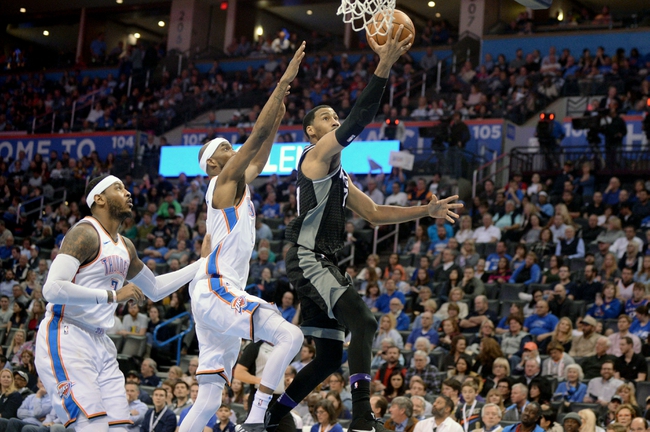 The Oklahoma City Thunder welcome the Milwaukee Bucks to town for a Tuesday NBA preseason tilt.

The Milwaukee Bucks have won both of their preseason games after exploding for a 125-107 victory at the Minnesota Timberwolves on Sunday. Milwaukee opened up a ten point lad in the first quarter and maintained the lead throughout. The Bucks held a slight 45.7%-44.8% shooting edge but pulled away with more threes and better foul shooting.

Giannis Antetokounmpo led the Bucks offensive explosion with 21 points and ten rebounds on 8-15 from the floor while Christian Wood tossed in 14 points and posted six yanks on 5-9 shooting. Milwaukee saw Khris Middleton add 13 points on 4-11 followed by the trio of Tony Snell, Donte DiVincenzo and Malcolm Brogdon with 12 points apiece.

The Oklahoma City Thunder rode their defense in upending the Atlanta Hawks 113-94 on Sunday. A 35-16 third quarter run set the tone for Oklahoma City as they pulled away and were never in danger the rest of the way. The Thunder held a 40.9%-38% shooting edge 14 more looks at the basket and a +13 on the backboards making the difference.

OKC received a contest high 22 points and six pulls from Paul George on 5-15 with Dennis Schroeder tossing in 20 points and posting seven boards and six assists. Hamidou Diallo added 13 points and five assists on 4-8 shooting while the Thunder saw Alex Abrines chip in with ten points.

With the end of the preseason in sight I'm thinking we see more of the  that makes the cut see the starters go a bit longer...