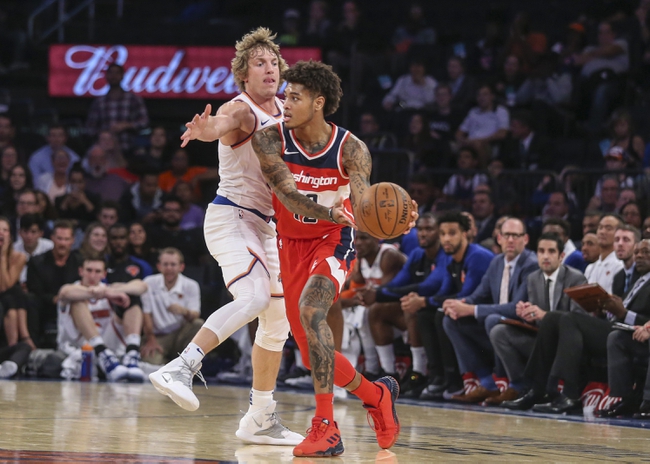 The Washington Wizards and the Detroit Pistons meet in NBA preseason action from Little Caesars Arena on Wednesday night.

The Washington Wizards will look to keep their momentum going after back-to-back victories, including a 110-98 win over New York in their last outing. Bradley Beal led the way with 20 points on 7 of 10 shooting while Jeff Green added 16 points also shooting 7 of 10 from the floor with a pair of threes. John Wall added 14 points with team-highs of 6 rebounds and 9 assists while Kelly Oubre Jr. added 13 points and Otto Porter Jr. added 12 points with 6 boards of his own to round out the scoring in double figures for the Wizards in the win. As a team, Washington is averaging 117.3 points per game on 48.3% shooting from the field, 36.8% from behind the 3-point line and 76.6% from the foul line through 3 preseason games.

The Detroit Pistons will be looking to bounce back from back-to-back losses and get back to .500 in the preseason after dropping to 1-2 with a 110-108 loss to Brooklyn last time out. Langston Galloway led the Pistons with 24 points coming on 9 of 17 shooting with 4 threes while Blake Griffin chipped in 17 points. Reggie Bullock and Andre Drummond each had 14 points to round out the scoring in double digits for Detroit, with Bullock adding 7 rebounds while Drummond chipped in 10 rebound and 4 steals for the double-double. Ish Smith dished out 10 assists off of the bench to lead the team in that department. As a team, Detroit is averaging 99.3 points per game on 38.8% from the field, 29.8% from behind the arc and 68.9% from the foul line this season.

Washington has had no issues scoring the basketball, putting up the 3rd-most points so far in the preseason while the Pistons sit dead last and are the only team with less than 100 points per game so far in the preseason which has me leaning towards the Wizards here but ultimately I need to see a line before making my final prediction so please check back for your free pick once a line has been released.