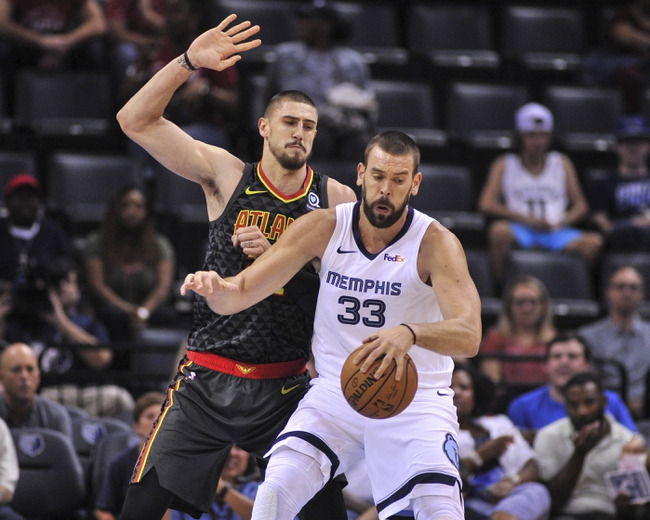 The Memphis Grizzlies visit the Orlando Magic in NBA preseason action from the Amway Center on Wednesday night.

The Memphis Grizzlies will look to keep their momentum going after back-to-back wins, including a 109-104 win over Indiana in their last outing brought the Grizz to 2-1 in the preseason. Jaren Jackson Jr. led the Grizzlies with 18 points while Wayne Selden Jr. added 16 points on 6 of 10 shooting with a pair of threes. Garrett Temple and Yuta Watanabe each added 11 points to round out the scoring in double figures for Memphis while Ivan Rabb led Memphis with 12 rebounds, 3 blocks and 3 steals. Shelvin Mack added 8 points but dished out a team-high 7 assists in the win. As a team, Memphis is averaging 114.7 points per game on 45% shooting from the field, 30.1% from behind the arc and 77.3% from the foul line through 3 games of the preseason.

The Orlando Magic will be looking for their first win of the preseason after sitting at 0-2 with a 90-89 loss to Miami in their last outing. Nikola Vucevic led the Magic with 22 points and 14 rebound for the double-double while Jerian Grant chipped in 17 points on 5 of 8 shooting and Aaron Gordon added 12 points with 8 rebounds on just 5 of 17 shooting. D.J. Augustin shot just 1 of 6 for 6 points, but added a team-high 5 assists in the losing effort. As a team, Orlando is averaging 101.5 points per game on 43.6% shooting from the field, 34% from behind the 3-point line and 68.3% from the foul line through their first 2 games of the preseason.

Memphis look like a different team than what we’ve become accustomed to seeing in years past, as the Grizzlies are showing that they’re capable of hanging around on offense and putting points on the board in addition to consistent defence. Orlando will get their share of wins in the regular season, but I’m not sure how confident I feel in there chances here. Still, I need to see a line before making my final prediction, so please check back when a line has been released for your free pick.