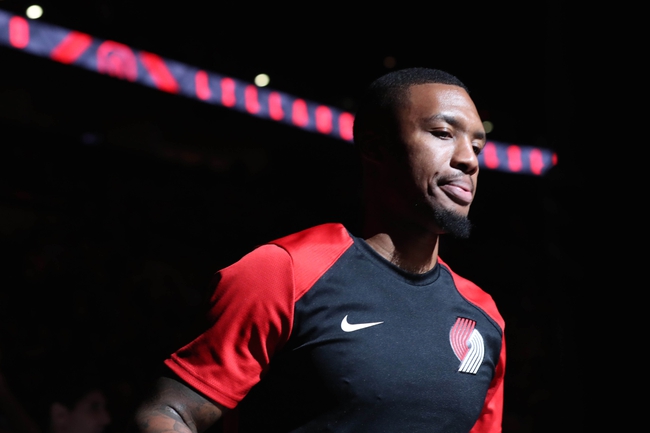 The Phoenix Suns look to get a game above a .500 record with their final preseason game. The Suns are averaging 100.8 points on 43.4 percent shooting and allowing 104 points on 44.7 percent shooting. Deandre Ayton is averaging 20.5 points and 11.5 rebounds while Trevor Ariza is averaging 12.8 points and 3.3 assists. TJ Warren is the third double-digit scorer and Josh Jackson is dishing 5.3 assists. The Suns have two preseason victories, but they’re 29th in points per game and are shooting just 29.7 percent from beyond the arc. Yes, not having Devin Booker hurts, but the Suns are supposed to be a fast paced team that gets buckets, if anything else. Even without their best player, you’d like to see the Suns get back to their style of play before the regular season begins. The Phoenix Suns have lost five of their last eight preseason games.

The Portland Trail Blazers look to bounce back after losing two of their first three preseason games. The Trail Blazers are averaging 110.3 points on 46.4 percent shooting and allowing 112.7 points on 42.5 percent shooting. Jusuf Nurkic is averaging 15 points and 8.3 rebounds while Damian Lillard is averaging 14.3 points and 4.7 assists. CJ McCollum is the third double-digit scorer and Meyers Leonard is grabbing 1.7 rebounds. The Trail Blazers are 27th in points allowed per game so far this preseason, an area that obviously needs to be cleaned up if they’re going to compete in the West again this year. The good news is the Trail Blazers haven’t exactly played their full team yet, as their star backcourt is averaging just 20 minutes, while Evan Turner and Moe Harkless continue to miss time with minor injuries. The Portland Trail Blazers have won six of their last eight preseason games.

The Portland Trail Blazers haven't done enough this preseason to be laying numbers like this, and I'm never trying to lay big numbers in a meaningless game where the outcome is never the concern. The Phoenix Suns are capable of running with the Trail Blazers offensively and are probably due for one of those breakout scoring games. Getting this many free points in a preseason game is hard to pass up.