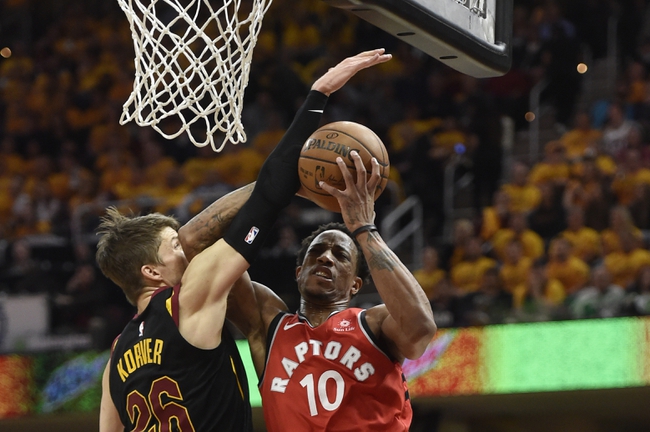 NBA action continues Wednesday with the Brooklyn Nets taking the floor at the Toronto Raptors.

The Brooklyn Nets are gunning for back to back wins in the NBA preseason after slipping by the Detroit Pistons 110-108 in overtime. Brooklyn easily won the shooting battle 46.3%-36.3% but the team was sloppy with 18 turnovers that helped the Pistons to 18 more shot attempts.

D’Angelo Russell paced the Nets offense with a game high 25 points on 10-22 from the field including five long balls. Brooklyn saw Caris LeVert and Jarrett Allen toss in 17 points apiece and haul in nine rebounds each on a combined 14-26 shooting followed by Joe Harris with 13 points on 5-8 shooting.

The Toronto Raptors ran their preseason record to 2-1 with a 120-82 rout of Melbourne United. Toronto was dominant at both ends of the floor with a 44-19 third quarter explosion putting this game far out of reach. The Raptors fired away at 49.4% while holding Melbourne United to 34.5%.

Norman Powell led all scorers with 21points on 8-11 from the field while Pascal Siakam gave Toronto 19 points and six pulls on 6-10 shooting. Delon Wright supplied the Raptors with 15 points, six yanks and five helpers on 5-7 accuracy while Deng Adel  and Malachi Richardson added 13 and ten points respectively.