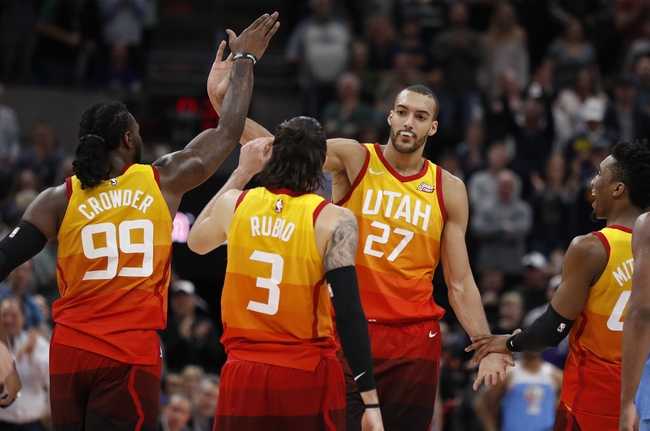 The Utah Jazz take the hardwood at the Sacramento Kings in a Thursday NBA preseason bout.

The Utah Jazz have played well in the preseason at 4-0 entering the final tune up on their schedule following a 123-112 win versus Portland. Utah was outshot 51.9%-47.1% but an 18-36 performance from long range and eight more looks at the basket resulted in a big number on the scoreboard.

The Sacramento Kings evened their NBA preseason record at 2-2 with a 132-100 victory over Maccabi Haifa on Monday. This game was tied after 12 minutes before Sacramento took control at both ends of the floor. The Kings burned the nets at 53.1% and allowed 44.4% shooting with eleven more rebounds.

Buddy Hield led all scorers with 22 points and five assists on 9-11 from the floor with Justin Jackson tossing in 18 points on 7-12 followed by a 16 point, seven rebound effort from Harry Giles. Sacramento saw Frank Mason III add 13 points and five steals with Willie Cauley-Stein adding another 13 points, eight boards and seven assists while Marvin Bagley III and Nemanja Bjelica netted 12 points each.