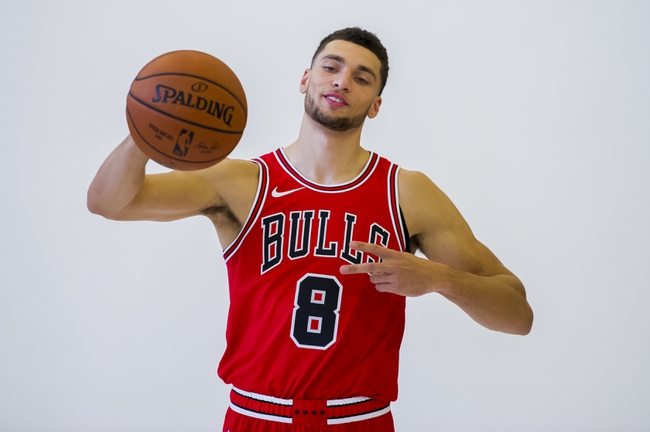 The Denver Nuggets and Chicago Bulls meet Friday in NBA preseason action at the United Center.

The Denver Nuggets look to finish up their successful preseason with a possible 4-1 record. The Nuggets are averaging 109 points on 45.5 percent shooting and allowing 103.8 points on 44.2 percent shooting. Mason Plumlee is averaging 13.5 points and 5.3 rebounds while Malik Beasley is averaging 13.3 points and 1.8 assists. Monte Morris is the third double-digit scorer and Trey Lyles is dishing 4.3 assists. The Nuggets have been one of the better passing teams in the preseason, as they’re seventh in the league with 26 assists and are getting to the free throw line 30.3 times per game. It’s been a productive preseason for the Nuggets up to this point, which is key considering how young this team is and the fact confidence is key for a roster filled with so much youth. The Denver Nuggets have won six of their last nine preseason games.

The Chicago Bulls have a chance to finish the preseason with a game above a .500 record. The Bulls are averaging 104.5 points on 41.3 percent shooting and allowing 107.8 points on 44.7 percent shooting. Zach LaVine is averaging 19.3 points and 3.5 rebounds while Bobby Portis is averaging 18.8 points and 5.5 rebounds. Antonio Blakeney is the third double-digit scorer and Justin Holiday is grabbing three rebounds. The Bulls are coming off their best preseason showing by far, as they finally decided to play with some defensive effort and made 13 threes on 30 attempts. The Bulls have been one of the more lackluster preseason teams up this point, but there’s a chance they can build on that performance and finish the preseason with another confidence boosting victory. The Chicago Bulls have split their last 10 preseason games.

I was going to side with the Bulls and the points simply because it's the last preseason game and they're at home. However, the Denver Nuggets have been possibly the best team throughout the preseason and the Bulls have been possibly the worst team in the preseason besides the Minnesota Timberwolves. The Bulls have lacked energy on both sides of the ball for much of these meaningless games. With that being said, laying four points with the Nuggets seems like the side to be on.