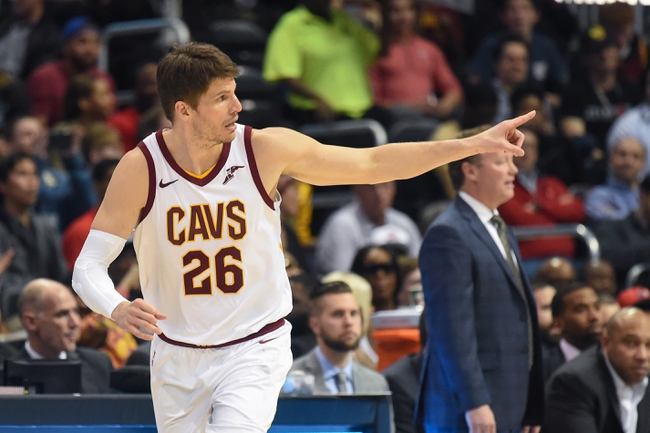 The Detroit Pistons tangle with the Cleveland Cavaliers to end the NBA preseason on Friday.

The Cleveland Cavaliers dropped their first game of the preseason by a 1-11-102 count to Indiana. Cleveland was outscored 31-18 in the second quarter and a second half comeback fell short. The Cavaliers came up short on marksmanship with the Pacers holding a 48.9%-44.9% edge which was the difference.

Kyle Korver was the top Cavs offensive weapon with 17 points on 6-10 from the field including four long balls. John Holland gave Cleveland 13 points on 5-7 accuracy and a 3-3 mark on threes while the twosome of Sam Dekker and George Hill contributed ten points apiece on 6-22 shooting with Hill snagging seven rebounds to go with five assists and four steals.

The Detroit Pistons never found an offensive groove in a 102-97 loss to visiting Washington on Wednesday. Detroit connected at 35.6% from the floor and the Wizards sank shots at 47% but the game as competitive with the Pistons holding a 23-14 edge at the foul line.

Andre Drummond led the Pistons with 17 points and a monster 20 rebounds on 7-17 while Blake Griffin netted 16 points on 4-10. Detroit received 13 points from Glenn Robinson II on 4-9 from the floor with Ish Smith and Reggie Bullock tossing in 12 points apiece followed by a ten point effort from Reggie Jackson.

I believe Cleveland has played a bit better in the preseason so I'll grab the points on the home dog...