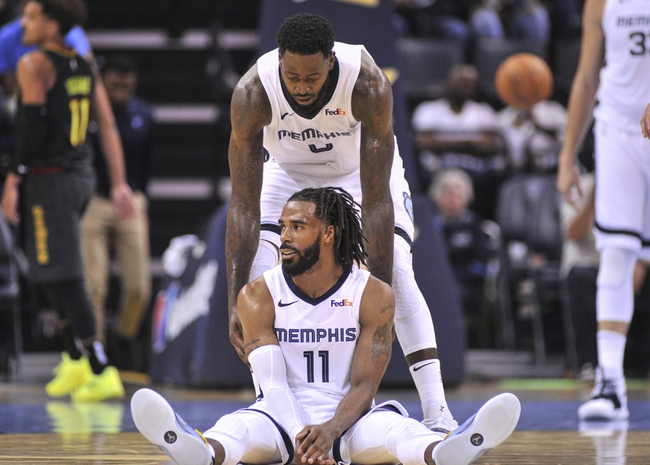 The Houston Rockets visit the Memphis Grizzlies in the final day of the NBA preseason on Friday.

The Houston Rockets jumped to an 18 point first quarter lead versus the Shanghai Sharks and never looked back in a 128-86 rout on Tuesday. Houston owned a 52.3%-45.7% edge in marksmanship and buried the Sharks with a 28-5 advantage on long balls.

James Harden was in midseason form with 37 points, five yanks and nine assists on 13-18 shooting including 9-14 from distance while PJ Tucker netted 22 points on 8-13. Gary Clark gave the Rockets 16 points and five pulls on 5-7 while Gerald Green and James Ennis III tossed in 15 points each on 11-22 shooting with Ennis logging six rebounds.

The Memphis Grizzlies had nothing going at the offensive end in a 102-86 loss at the hands of Orlando on Wednesday night. Memphis was held to 41.3% shooting which made the 45% accuracy of the Magic a winner with Orlando also dominating the glass 54-38 so there was limited second chance scoring opportunities.

Mike Conley poured in a contest high 24 points on 9-14 from the field while the Grizzlies saw Jaren Jackson Jr. toss in ten points an post five yanks on 3-5 accuracy. Marc Gasol gave Memphis another ten points, nine rebounds and five assists on 2-9 while Dillon Brooks and Shelvin Mack combined for 17 points on a combined 7-13 shooting.

The Grizzlies really struggled to score last time out and I think Houston plays this as a regular season game so I'll back the Rockets...