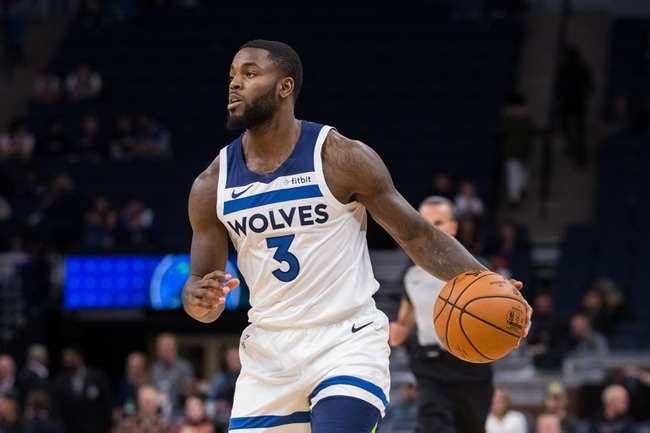 The Minnesota Timberwolves will look for a bit of revenge after being taken down by these same Bucks by a final score of 125-107 in their last outing. Karl Anthony Towns led the T-Wolves by registering 33 points on 11 of 19 shooting along with 12 rebounds for the double-double. C.J. Williams came 2nd with 12 points and Gorgui Dieng added 11 points. Jeff Teague and Tyus Jones each added 10 points to round out the scoring in double figures for Minnesota in the loss, with Teague leading the Wolves with 7 assists in the losing effort. As a team, Minnesota is averaging 105.8 points per game on 41.1% shooting from the field, 31.9% from 3-point range and 77.5% from the foul line so far in the preseason.

The Milwaukee Bucks will look to bounce back after being taken down by Oklahoma City by a final score of 119-115 in overtime in their last outing. Christian Wood led the Bucks with 19 points and 15 rebounds for the double-double while Tyler Zeller added 17 points and 7 boards and Tim Frazier added 14 points and 5 assists. Malcolm Brogdon and Donte DiVincenzo each added 12 points with Brogdon dishing out 7 assists to lead the Bucks in that department. Shabazz Muhammad and Pat Connaughton each had 10 points to finish off the scoring in double figures for the Bucks in defeat. As a team, Milwaukee is averaging 120.5 points per game on 47.5% shooting from the field, 34.6% from behind the arc and 68.3% from the foul line so far in the preseason.

Minnesota wants revenge like I said before and the issue with that is that Milwaukee has been the most impressive team offensively in the preseason but the Timberwolves aren’t going to be a pushover so the over could be worth a look. However, I'm concerned that this Jimmy Butler drama could have an effect on the team going forward as the team cancelled practice on Thursday. I think Milwaukee is the better and more cohesive team here, so i'll lay the points with the Bucks in this spot.