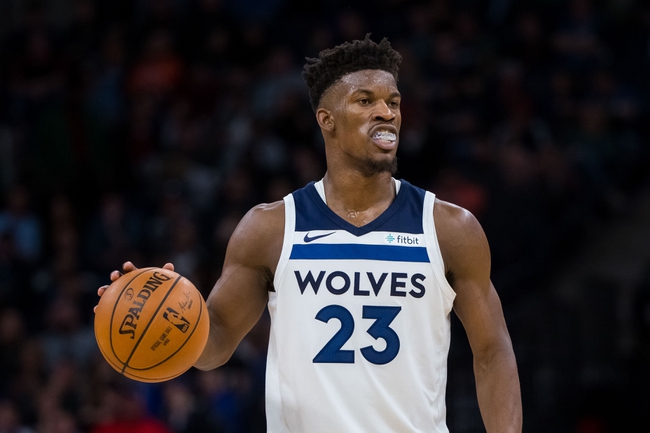 The NBA preseason is over, so it’s time we can get into the good stuff and begin what is the daily grind of the 2018-19 regular season. Of course, these rankings will change each week over the course of these next eight months.

Here are the NBA power rankings as we enter week one.

2. Houston Rockets - Some aren’t as high on the Houston Rockets as last year due to losing key defensive pieces. I’m still not betting against a team led by a healthy James Harden and Chris Paul. The Rockets are again the biggest threat to the Warriors.

3. Boston Celtics - The Boston Celtics were five minutes away from making the finals last year, and that was without Kyrie Irving and Gordon Hayward. You can make a case the Celtics are the deepest team in the NBA.

4. Toronto Raptors - If the Toronto Raptors get motivated Kawhi Leonard, they’re more than capable of having their best season in franchise history. The Raptors should be a top-five defense this season.

5. Utah Jazz - What the Utah Jazz did last season was no fluke. Quin Snyder is one of the top coaches who rarely gets national attention, Donovan Mitchell won’t have a sophomore slump and a defense anchored by Rudy Gobert is as good as it gets. The Jazz are that sleeping giant nobody wants to see come playoff time.

6. Philadelphia 76ers - The baby Philadelphia 76ers are starting to grow up, but there were a lot of moving parts this offseason and you have to question if there’s enough depth around Ben Simmons and Joel Embiid to push for a finals berth.

7. Oklahoma City Thunder - The addition of Dennis Schroder will help OKC big time, especially with Russell Westbrook dealing with a knee injury. The departure of Carmelo Anthony also helps, as you give those bricks to somebody else. OKC is still capable of pushing the rest of the West.

9. Indiana Pacers - During my preseason write ups last year, I had the Indiana Pacers making the playoffs as a East dark horse. They won 48 games and should have beaten the Cleveland Cavaliers. The Pacers are deep and intriguing yet again. The only difference is more people are on them now.

11. New Orleans Pelicans - Odds wise, Anthony Davis is a top-three favorite to win MVP this season. While I’m not sure how far the New Orleans Pelicans can go as a team this year, the addition of Julius Randle is big and should pay off more than when Cousins was on the team.

13. Denver Nuggets - The Denver Nuggets appear to be that young team finally ready to make that playoff splash. The talent is there and Nikola Jokic may be the most underrated player in the league. It’s time for the Nuggets to take that step with the big boys.

15. Miami Heat - It’s likely only a matter of time before the Miami Heat land Jimmy Butler in a trade. It depends what the Heat give up for the 29-year-old all-star, but Miami has a chance to move up to that second tier in the East if it plays its cards right.

16. Washington Wizards - LeBron is gone. John Wall and Bradley Beal got more help with the addition of Dwight Howard, Jeff Green and Austin Rivers. If the Wizards can’t make some noise this year, it may be time to blow it up.

17. Detroit Pistons - The Detroit Pistons got themselves a coach in Dwane Casey, but it all comes down to if Blake Griffin and Andre Drummond can coexist. If yes, the Pistons could make the playoffs for the second time in the last decade.

18. Los Angeles Clippers - While everybody is talking about the Lakers, I’m actually more interested in the Los Angeles Clippers. A healthy starting five of Patrick Beverley, Avery Bradley, Danilo Gallinari, Tobias Harris and Marcin Gortat, with Lou Williams off the bench is impressive. The Clippers are sure to turn some heads this season.

20. Dallas Mavericks - Dennis Smith Jr. flashes serious potential last year and many believe Luka Doncic is a potential star in the making. With Dirk Nowitzki on his last leg, the future may be bright for the Dallas Mavericks after all.

21. Charlotte Hornets - Miles Bridges was impressive in the preseason and the Charlotte Hornets have some guys who can help Kemba Walker. However, if the Hornets gets off to another slow start, there could be an all-star on the trading block.

23. Cleveland Cavaliers - The Cleveland Cavaliers still have prideful players with championship experience and they play in the East. Collin Sexton is also a pitbul on the court and will be a fan favorite. It’s bad, but I don’t think the sky is falling as much as it did the first time LeBron left.

24. Brooklyn Nets - The Brooklyn Nets were actually highly competitive last year, even though majority of their team was hurt. If D'Angelo Russell continues to make progress, the Nets have the ability to fly up these rankings.

25. Chicago Bulls - The Chicago Bulls were one of the worst teams in the preseason, and you have to question if Fred Hoiberg is the right man for the job. I am excited to see if Jabari Parker can take the keys of a franchise and become a go-to player on a team on the rise.

26. Phoenix Suns - The Phoenix Suns lack depth to really improve from a year ago, but a 1-2 punch of Devin Booker and Deandre Ayton could prove to be the building blocks needed to get this franchise off the ground.

28. Orlando Magic - The Orlando Magic have some intriguing young pieces, but you have to question fit and how everything will come together. Talent wise, however, the Magic could be a fun, losing team to catch on League Pass.

29. Sacramento Kings - The Sacramento Kings have won no more than 33 games the last 10 years. Often considered the worst run team in the league, it’s hard to get excited about the Kings until a change is made.

30. Atlanta Hawks - The Atlanta Hawks are clearly in rebuild mode, but there are some building blocks in Trae Young and John Collins, who young guys who will make the Hawks worth watching from time to time.