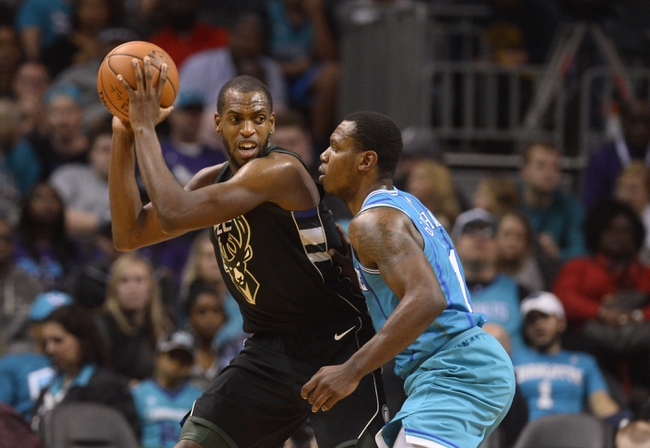 The Milwaukee Bucks and Charlotte Hornets meet Wednesday in NBA action at the Spectrum Center.

The Milwaukee Bucks have made back-to-back playoff appearances and hope to take that next step under coach Mike Budenholzer, who comes over from the Atlanta Hawks. The Bucks have their intriguing trio of Giannis Antetokounmpo, Khris Middleton and Eric Bledsoe, and the addition of Brook Lopez could be huge considering it adds length and a traditional center to the team. If Tony Snell can become a more consistent shotmaker and guys such as Malcolm Brogdon and Thon Maker continue to develop, the Bucks have a chance to be that surprise team in the East that makes that jump. The Bucks play defense, have an MVP candidate and have reasonable role players. The Bucks are in as good of a position since the Ray Allen days. The Milwaukee Bucks have lost four of their last five regular season openers.

The Charlotte Hornets have missed the playoffs back-to-back years, so there’s some pressure on new coach James Borrego to keep the ship from sinking. The Hornets have their franchise player in Kemba Walker, and full seasons from Nicolas Batum and Michael Kidd-Gilchrist would certainly go a long way. The issue with the Hornets over the years has ben depth, as there’s few players on this roster who can create their own shot and provide consistent offense to take pressure off their star point guard. Veteran Tony Parker is obviously a reliable backup and Miles Bridges showed serious flashes throughout the preseason. However, if the Hornets don’t get off to a fast start, Kemba could soon be on the trade market, as a potential blowup is coming. The Charlotte Hornets have lost three of their last five regular season openers.

Those who have followed me over the years know I've never been a big believer in the Charlotte Hornets, as there's just not enough around Kemba to really produce in an offensive happy league. Against these Bucks who get in the way of passing lanes and make everything tough, it's just not a good matchup. There's a reason why the Bucks have won four of the last six meetings against the Hornets, and some of those victories weren't close. This will likely be a defensive battle throughout, but I want the team with the best player on the floor and more offensive talent as well. The Bucks steal a road victory on opening night.