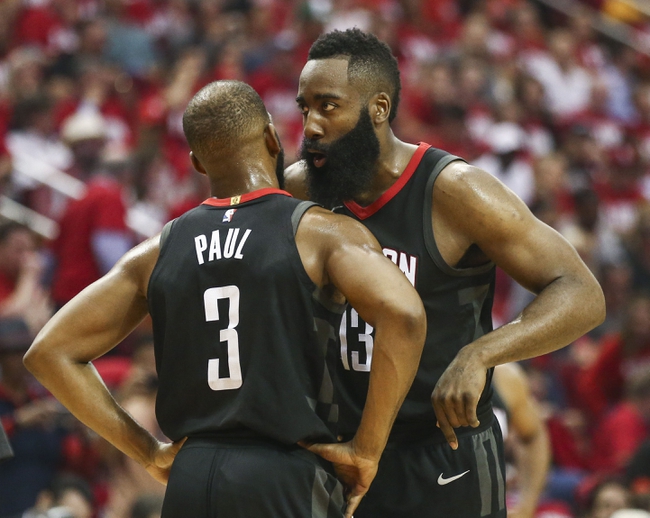 The New Orleans Pelicans and Houston Rockets meet Wednesday in NBA action at the Toyota Center.

The New Orleans Pelicans are coming off one of their best seasons in franchise history and can make the playoffs back-to-back years for the first time since Byron Scott coached the team. The Pelicans will always have a chance as long as Anthony Davis is on the court, one of the best players in the league and who is currently a top-two MVP candidate in terms of the odds. While the Pelicans lose DeMarcus Cousins, the addition of Julius Randle could be better for the team and is probably a better fit. Randle has the potential to be a fringe all-star and brings that aggression that these Pelicans need. If Jrue Holiday can build on the season he had last year, the Pelicans have the potential to be a top-four team in the West this season. While the Saints are stealing some of the headlines, New Orleans has a basketball team to be equally excited about. The New Orleans Pelicans have lost each of their last three regular season openers.

The Houston Rockets have improved their win total each of the last three years and probably make the NBA Finals last year if Chris Paul didn’t get hurt. The Rockets will get another year of James Harden and Chris Paul, possibly the best backcourt in the league and one that allows the Rockets to be one of the most dangerous offenses. The Rockets did lose some pieces on the defensive end, but Clint Capela should be able to anchor a respectable unit and PJ Tucker is still able to come in key moments. If Carmelo Anthony is capable of returning the player he once was, the guy who could make open shots, the Rockets have enough firepower to dethrone the Warriors and win an NBA title. The Rockets are only playing for June. The Houston Rockets have won four of their last six regular season openers.

Six of the last eight meetings between the Pelicans and Rockets, both teams topped 100 points. While the under has been a strong trend when these teams meet and with the Rockets overall late last season, I'm not sure how either of these clubs are going to stop the other from scoring. These teams are loaded offensively, both shoot a lot of threes and can be a little lackluster on the defensive side. We're sure to see some offensive fireworks in this game and I'd hate to have anything but the over. So instead of playing with a thick line, I'm siding with over the total.