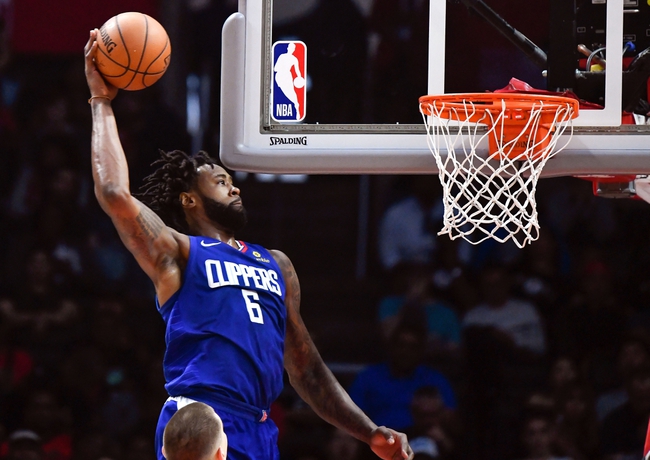 The Minnesota Timberwolves opened their NBA preseason slate with a 114-110 victory at Golden State. Minnesota was outshot 47.3%-42.6% but sank 12 long balls and held a 22-10 advantage at the foul line.

Jeff Teague led the balanced Timberwolves offense with 17 points on 6-12 shooting with Derrick Rose right on his heels with 16 points on 6-10 from the floor. Minnesota saw Anthony Tolliver net 15 points and post five pulls while Karl-Anthony Towns added 12 points and five yanks. Josh Okogie and Andrew Wiggins combined to give the Timberwolves a combined 21 points and nine rebounds.

The Los Angeles Clippers kicked off the preseason with a strong defensive effort in a 110-91 victory versus the Sydney Kings. Los Angeles held a 46.1%-44.3% shooting edge with ten more looks at the basket and held the Kings to less then 20 points in three quarters.

This is the preseason but these teams do score a lot of points in their matchups so no reason that doesn’t continue but I'll grab the points in a shootout...